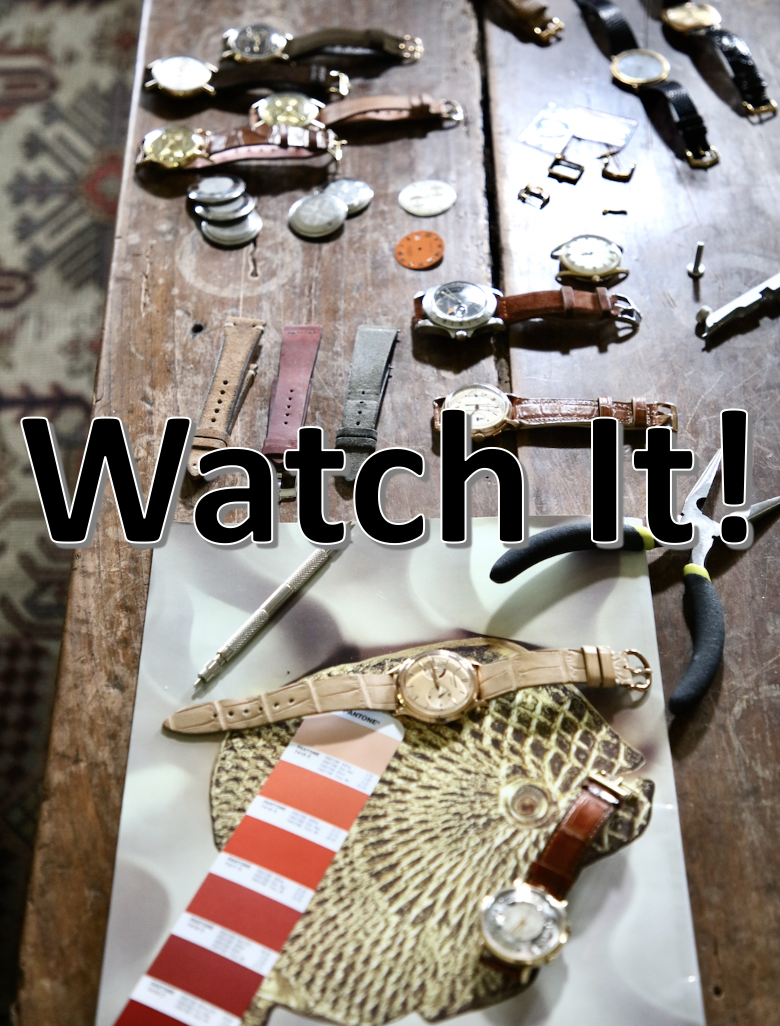 “The secret of life is enjoying the passage of time.”

…That applies double for the watch collector! These horologists get great pleasure from the minute and measured workings of their tested and true timepieces. Their watches are a style statement. And, right now, fueled by a younger audience and active online trading, there’s a real investment opportunity.
​
Though Covid may make time stand still in some respects, the vintage watch market is as hot as ever. Maybe too much time on their hands has been one reason collectors have been buying more for their wrists, but a growing acceptance of the internet as an exchange has been a primary market mover. It used to be that big ticket timepieces were only sold at auction houses; like when Christies sold Eric Clapton’s very rare Patek Philippe Ref2499/100 with perpetual calendar, chronograph and moon-phase for $3,635,808. But this past June, a circa-1970 Paul Newman’s circa-1970 Daytona, with a Panda dial, set a new web record when it brought $500,000 in an online sale (albeit that the online sales are run by Sotheby’s). Sotheby’s drops new pieces for sale online at Watches Weekly. A new generation of online collectors is ‘buying without trying’, poised to jump if Jennifer Aniston decides to sell her vintage diamond Cartier or any watch from LeBron’s collection comes up for sale, and willing to trust in the authenticity of the watch’s bona fides. 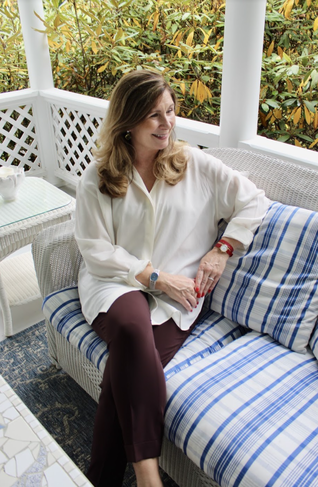 Tania Edwards has been the Marketing Manager for Christie’s Luxury Watch Division, and Marketing Director and VP at Patek Philippe USA. At Patek, she played a prominent role in developing the iconic campaign: ‘You never actually own a Patek, you merely look after it for the next generation’. British-born and still flaunting a perfect accent, Tania moved to Bedford with her husband and children after 9/11, and has stayed ever since. She’s a real expert when it comes to buying and selling in the multi-billion dollar vintage watch industry.

Tania now works with Collectability, an online resource and retailer specializing in pre-owned Patek Philippe. She explains: “Online trading is a factor, but the real thing driving the vintage watch market is value. Demand is growing and supply is diminishing. It turned from being just a haute hobby into a cash-worthy collectible in the 1980s – after the so-called ‘Quartz Crisis’, when the widespread availability of very inexpensive and efficient quartz watches threatened the very viability of mechanical watches…but increased interest in the most valuable vintage watches. At the same time, prices for new rare watches skyrocketed, making the $5,000 to $10,000 you can pay to buy a used Patek seem a bargain. Demand has grown steadily ever since, and exploded of late, so vintage watches have been and should continue to be a great investment. People crazy about vintage are insatiable. They want to know the  origins of the model, the creator, the mechanics, the history, the provenance. Sometimes the story is key. We just got in a beautiful Patek pocket watch owned by Albert Russel Erskine, the President of Studebaker from 1915 to 1933, that will attract collectors. I think it was Oscar Wilde who said ‘No man is rich enough to buy back his past’, but plenty can purchase a piece of history with a storied vintage watch”. 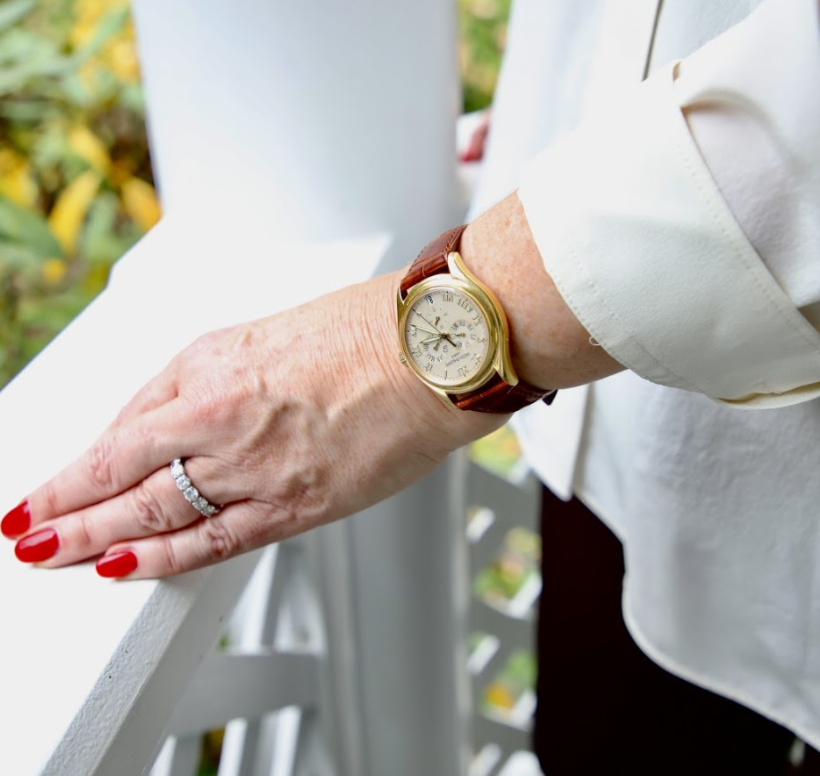 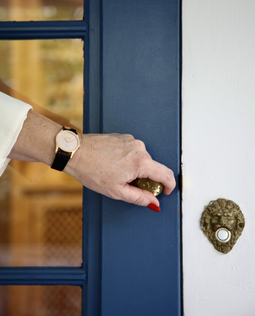 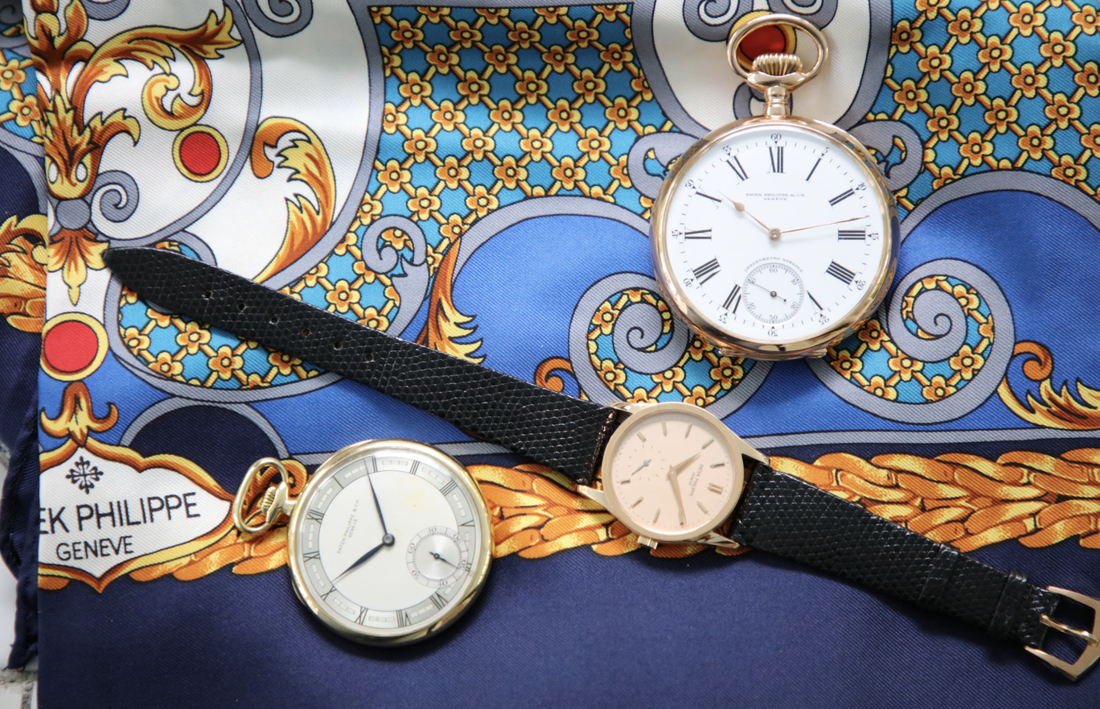 At 27, Bedford resident Cooper Zelnick has already amassed an impressive collection of more than 60 vintage timepieces. “I got interested when I was only about twelve. I wanted a Rolex, but my budget was about $800. I started to investigate the auction and private dealer market, learned that vintage watches really can be affordable, found what I wanted, and realized that vintage watches were more valuable than they were priced. To me, the older watches are actually better looking, and they have interesting stories. 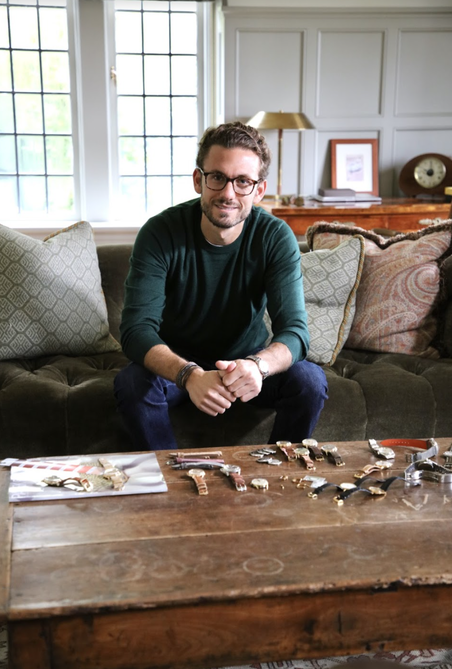 I love history, and a vintage watch is even more than owning a piece of the past. It’s time travel for me. The mechanical genius that went into watchmaking in the 50s and 60s is incredible! The 1950s Jaeger-LeCoultre’s Futurematic was the first self-winding wristwatch without a crown. I like that nostalgia!”

Cooper has even started a business, Cloister Watch Co., to offer historic wrist watch customization. “As much as I love each and every one of my watches, I really wanted to do something to make them more unique. I like to be a little bit different. I took a 1963 Rolex Datejust 1601 that I never wore, and worked with a reliable craftsman to refinish the dial in what we now call ‘Just Orange’. I liked it so much it became my everyday watch, until I ran into a friend who is a fellow vintage collector on the street in Manhattan. I proudly told him that I’d built it myself and that it wasn’t for sale. Fifteen minutes later, I left with a check, and he with my Just Orange Datejust.”

For another client who came to him with a Jaeger Futurematic, Zelnick amalgamated the best elements of each iteration of that model, deleting the word ‘automatic’ and replacing it with ‘Futurematic’ in a stylized art-deco font that was found on the later models, and replacing the words “Power Reserve” printed on the sundial with a name significant to the new owner. Also the words “Power Reserve” traditionally printed on the subdial were replaced with a name significant to the client. “The watch became his,” says Zelnick,” not the previous owner’s.” 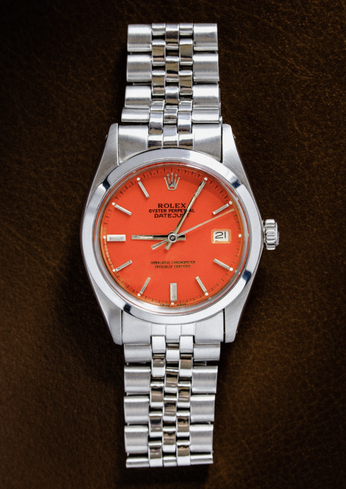 Zelnick says the favorite watch in his collection is the Jaeger LeCoultre Master Geographic that his grandfather wore every day and gave to him. The watch he would most like to find, well… “that’s easy; one of the seven Patekn Philippes that Lyndon Johnson ordered from Tiffany’s when he was in the Senate, and had inscribed with the golden rule on the dial”.

For more affordable options, Edwards recommends: the Breitling Navitimer, an aviation chronograph introduced in 1952 which was capable of calculating a flight plan and that is still a favorite of pilots; the Breitling Top Time, worn by Sean Connery playing James Bond in Thunderball, and; variations of Jaeger-LeCoultre’s 1960s icon Memovox, the first automatic watch with an alarm function – each of which can be found for under $5,000.

“You buy what you like, what looks good on you, the watch that speaks your style, and a watch you think will appreciate in value. I know a guy who lives on Succabone Road who bought that house with the proceeds from a Patek his grandfather had purchased as a young man. It doesn’t happen every day, but it does happen.” 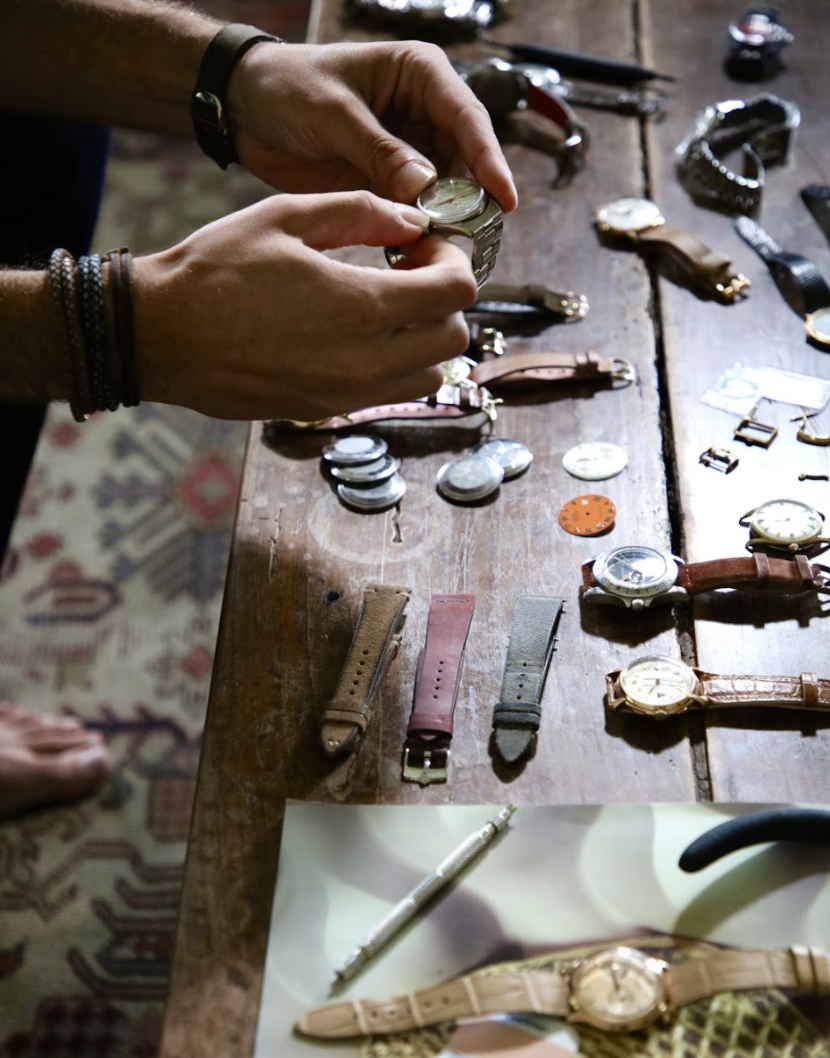 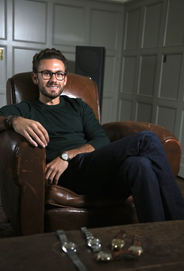 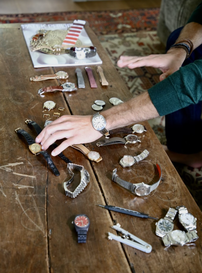