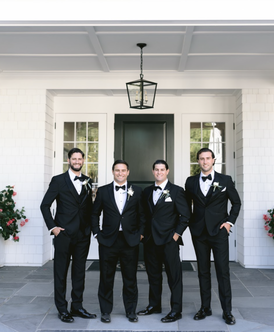 For those of you that do not know, I am a CT-based Lifestyle Blogger – I specifically curate beauty and fashion centric content. I started STYLEE LYST in 2018, and took the brand and business full time in 2019. My website is home to my favorite beauty products, go-to fashion staples and travels alike – I also cultivate content on my Instagram and Pinterest as an influencer. 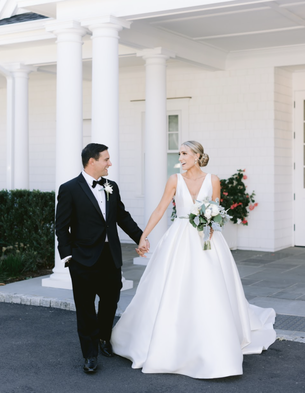 I’m a New Canaan native, and went on to study at Arizona State University for my undergraduate degree, and later a master’s in business marketing at Cornell. Each of the jobs in my early career were building blocks for my lifestyle brand. I started in Special Events at Calvin Klein and then transitioned into agency and in-house PR/Marketing for both big box and indie beauty brands. My brand became a natural extension of my interests and strengths, and I’ve worked hard to keep it authentic as it grows and changes.

I met my husband, Bobby Rushton, in July 2014, and Bobby and I became official on September 19, 2014. He’s from West Islip, Long Island, but now he’s got a pretty good claim on the “Mr. New Canaan” title in addition to the labels “Coach” and “Mr. Rushton” by which he’s commonly known around town. He’s a tenured Third Grade Teacher and Team Leader at South School, the Executive Director of the New Canaan Athletic Foundation, runs the entire New Canaan Wrestling Program, is a Director and a Coach for Eclipse Lacrosse Club, is a Varsity Coach for New Canaan Lacrosse, and sits on the Football, Lacrosse and New Canaan Athletic Foundation Boards.

We got our first place together – in New Canaan – with our yellow lab, Zeus – in 2016, and were engaged on November 3, 2018. I was already developing STYLEE LYST, and as it grew into my full-time career, the brand also became more intertwined with the wedding. 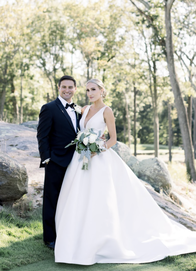 Throughout 2019, Bobby and I worked meticulously to plan each aspect of what was going to be our perfect day. Feeling that we’d chosen the best vendors for a rather lavish wedding, we were psyched to celebrate in June of 2020. We could envision our ceremony on the vast manicured grounds of the Country Club of New Canaan, and a reception in the high-ceilinged ballroom.

​I chose a classic ‘A-line’ gown from a beautiful shop in Darien, A Little Something White. It wasn’t what I had expected to like, and it was the first dress that I tried on in the store, but after trying on about twenty others, I knew it was the one. ALSW was amazing through the tailoring process, and I grew more and more excited with each fitting. I worked with ALSW to create a custom veil, and chose gorgeous earrings from their ‘Something Old’ collection. Ditching the typical NYC wedding dress shopping was an amazing decision – the ladies at ALSW were extremely knowledgeable, efficient, and kind. And, it felt even better to be working with a local, women-owned business. 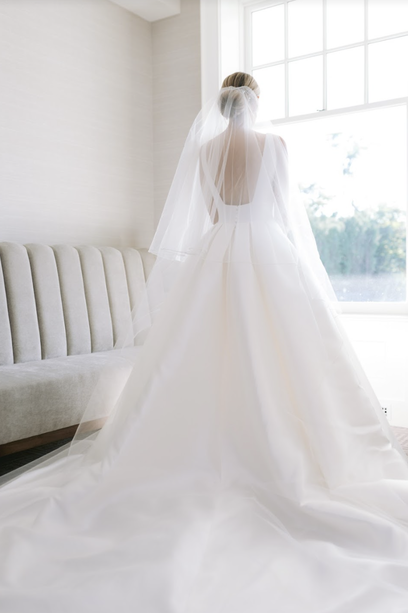 ​​The rest of the winter was filled with selecting a DJ, photographer, videographer, florist, and so many other vendors for our big day.

We hired Irene from Soiree Special Events in the home stretch of the planning process, in February 2020, to help with some of the final touches and day-of.

Little did we know, COVID would have other plans…
It became apparent early in March that our date, and maybe even our wedding, was in jeopardy. I immediately called Irene and we worked with vendors and our venue to pick a new date as we rushed to make lots of COVID-adjustments. It just so happened that the New Canaan Country Club had September 19th available, as did all of our vendors – and it was our dating anniversary; it felt serendipitous!
​At our tasting in July, we were told that we’d have to drastically cut-back the size of our guest list. Our originally planned 210-person wedding was cut back to just family; our parents, siblings, grandparents, aunts, uncles and cousins. We painstakingly had to let our friends and extended family know the news, and it was the hardest part of the adjustment, but everyone was so graceful, empathetic, and understanding. 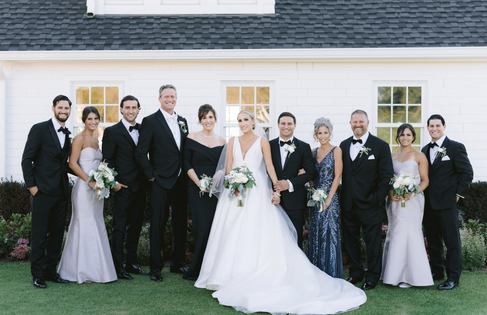 ​As the day inched closer and closer over the summer, I continued to work on the final touches. After many makeup trial mishaps, I decided to do my own bridal makeup – but not without the help of Melba. Melba owns Eye Coco Studio in Ridgefield and is a lash and brow expert. She worked with me on lash extensions for a few months prior to the wedding, and perfected a set for the big day.

​I got ready with my wedding party – my Maid and Matron of Honor, my two cousins (who are much more like sisters), Bobby’s two sisters, my Mom, and my 95-year-old Nana. Although it was a much smaller group than my originally intended bridal party of 13 people, it was intimate and lovely. 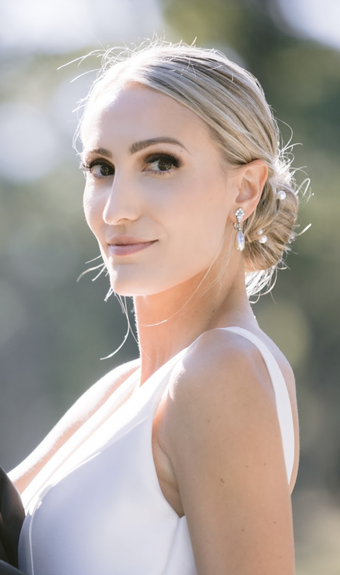 And, despite some of my closest friends not being able to celebrate in-person, I was able to FaceTime with them while I got ready and still felt like they were part of the process. I also still sent each of them luxe goody bags filled with beauty products, monogrammed makeup bags from the Quilted Koala, bracelets from JL Rocks, custom silk robes, and gorgeous silk pillowcases from

Fisher’s Finery – a brand I adore and wanted my girls to experience. 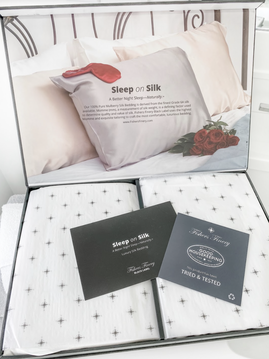 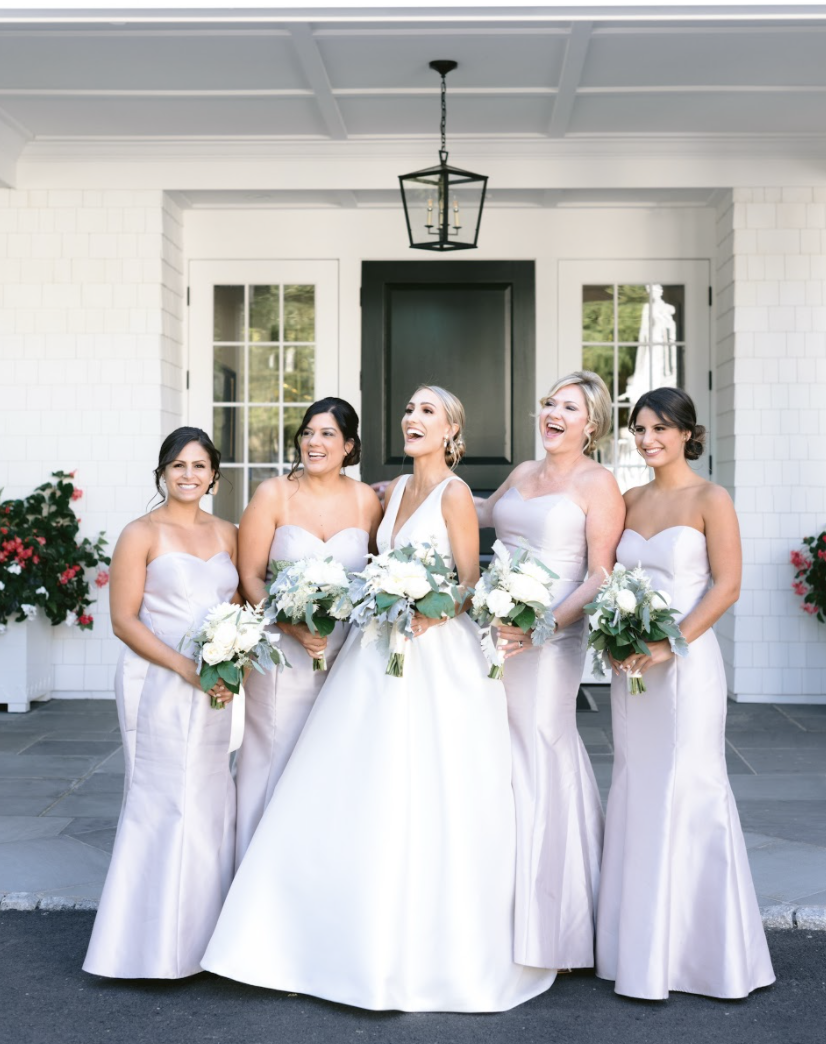 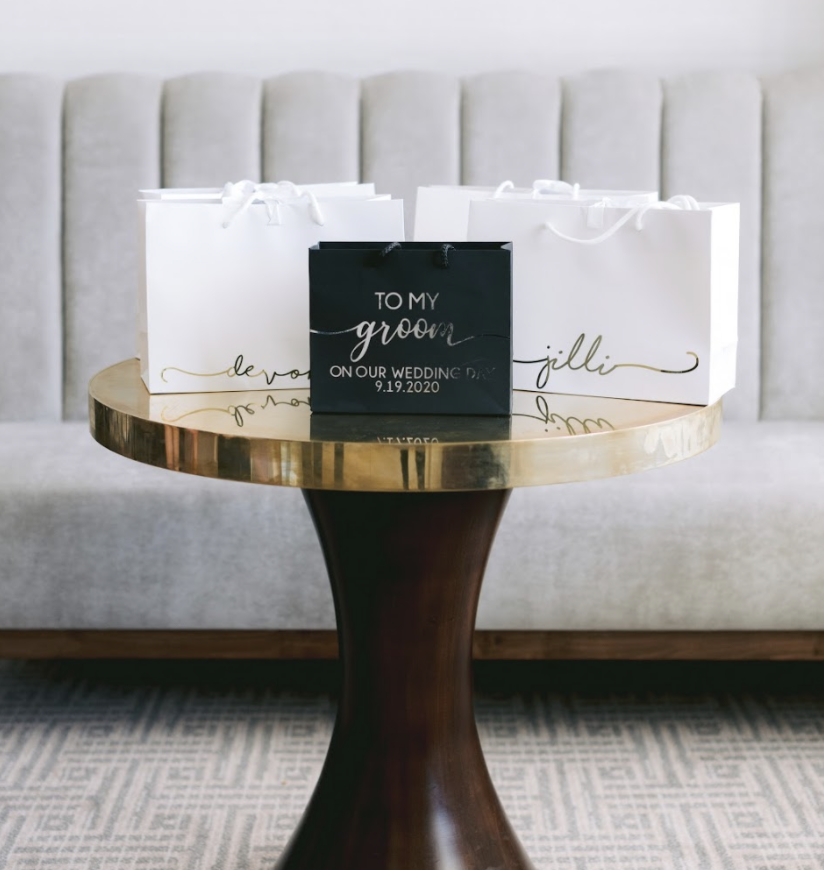 ​I was a ball of nerves on September 19, but everyone at the CCNC worked through the constraints of COVID to make us feel completely comfortable, safe, and as normal as possible. Bobby and I even got to walk through the Club dining room…where friends of ours from the Club and around New Canaan who did not make the family-only cut to attend our wedding had taken all the tables to help share in our celebration in any way they could!

It was truly the best day of our lives! Sometimes what you get in life is what you never knew you wanted. 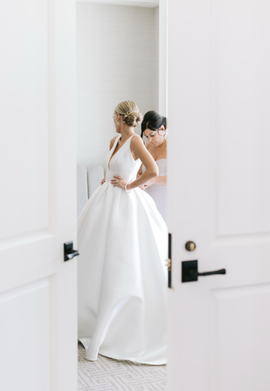 I certainly wouldn’t have wished for a COVID wedding, but I’m so grateful that I got to celebrate in a town that means so much to me and surrounded by our closest family! And we couldn’t be happier to be Mr. and Mrs. Rushton! 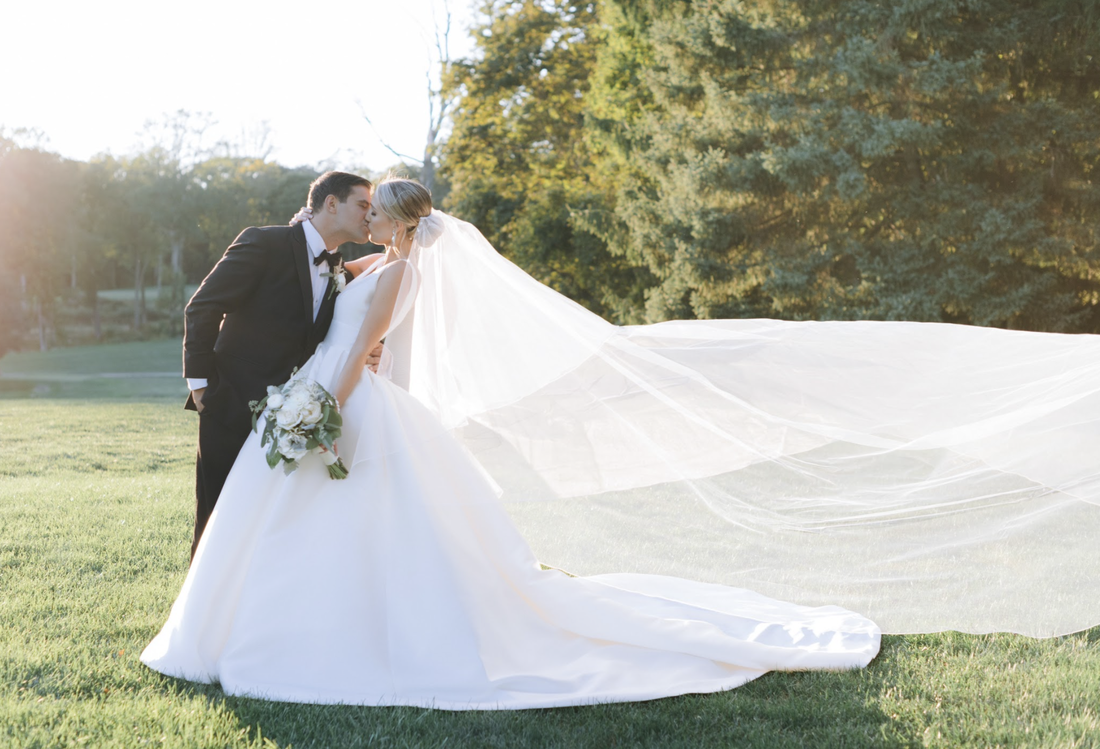 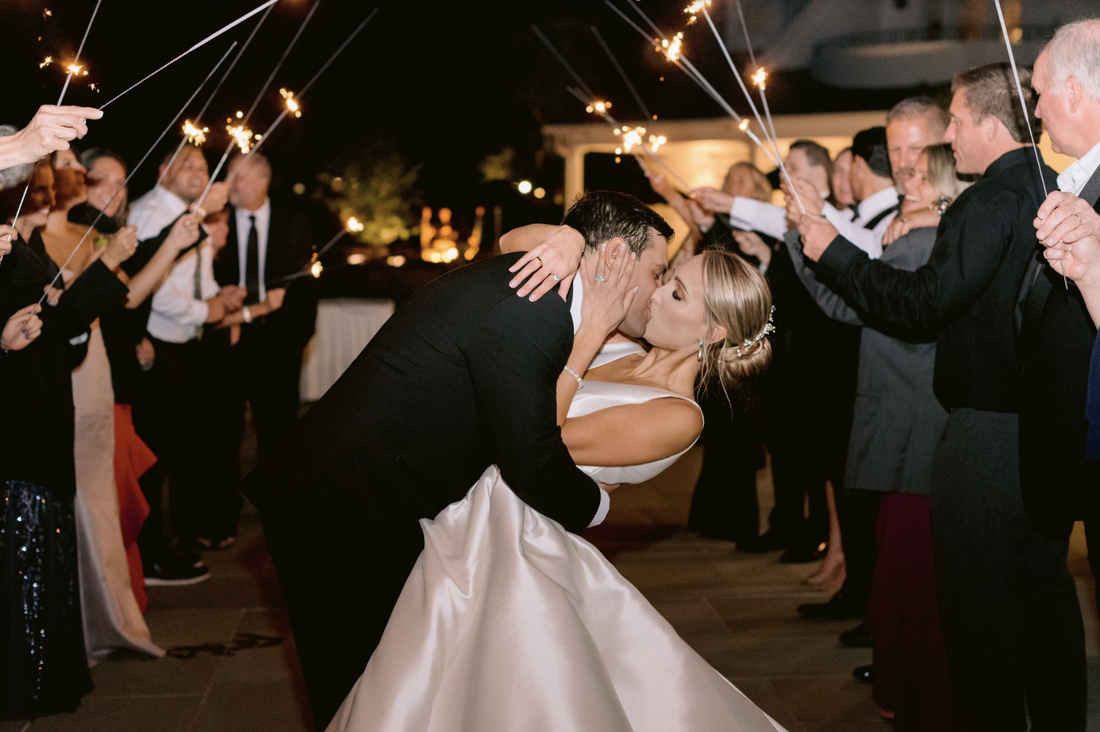