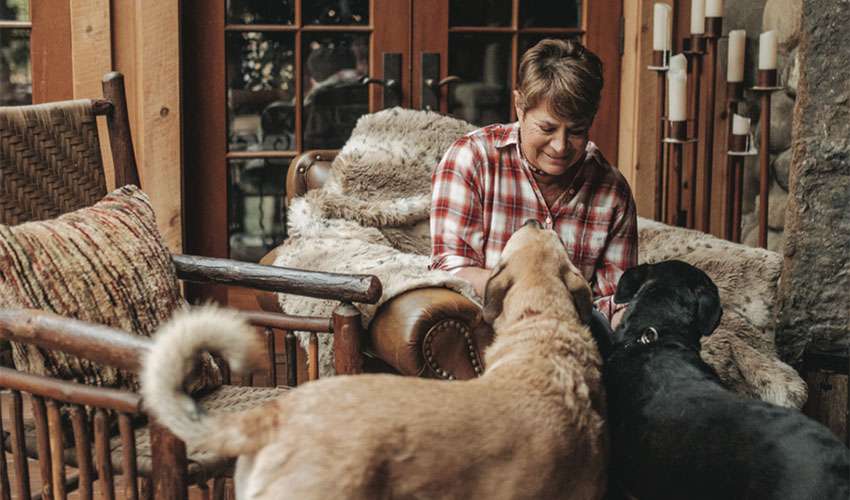 In the novel, a teenage Bean gives a firsthand account of her brother Sam’s death, her personal struggle with it, and the family’s evolving revelations and relationships. It’s an adventure/mystery like Nancy Drew (who Bean mentions is a favorite), but suffice it to say that Martha wrote the book to honor the death of her best friend’s 12-year-old son, to talk about spirituality and the importance of moving from grief to gratitude, and to remind us of our connection to the natural world. And while the story is a fictionalized version of an actual event, the novel seems in many ways rather auto-biographical. Bean’s words and thoughts sound – philosophically, anthropomorphically, socially, and to-the-ear – a lot like Martha’s.

Martha grew up in the once small town of Crystal Lake, in northern Illinois, near the border of Wisconsin. Winter of the Wolf takes place in a similar lake country area of northern Minnesota (where wolves are present). Bean and Martha share many other similarities; like Martha, Bean, after the loss of Sam, has two older brothers. They also share a special sense of, and oneness with, the natural world. Martha describes a childhood shaped by these deep feelings: “From a very young age I was able to hear the voices of plants and animals in the woodlands surrounding our home. When it hit me that others didn’t share this gift, I felt clear that my role in this lifetime was to be a voice for nature. The voices I heard were extremely agitated. I didn’t understand why initially, but it quickly became all too clear when bulldozers showed up and began leveling nearly every wooded area surrounding our home to make room for other houses. It was horrifying to witness such devastation and have no real voice given my age.” Bean describes her childhood similarly, explaining, “Mom and I – and Sam when he was alive – believe that the world is governed by myriad magical and mystical energies and forces, and that obstacles are presented to us in order for our souls to grow. We could see and feel that a higher power was at work around us at all times.” (p79)

Martha’s spirituality defines her. She’s open about it, but doesn’t push it on others. She’s confident and comfortable with herself, but humble and down-to-earth. She’s very private and maybe somewhat shy, but her yen to do good led her to write and publish Winter Of The Wolf – and to donate all the proceeds to the Wolf Conservation Center (WCC), and to allow B&NC MAG this interview and into her home, again, to benefit WCC with the coverage. She exudes peaceful energy and seems content with life itself. As Bean expresses: “Souls are pure vibrational energy so they can’t die; they can

only transform. It’s obviously way more complicated than that, but that’s the basic gist. This is something I’ve always believed from the deepest part of my soul.” (p149) “It is understood…everything in existence has a spirit and is alive, and that the spiritual aspects of life are interconnected through what is often called the web of life. Since we are a part of Nature, Nature itself becomes a helping spirit that has much to share with us about how to bring our lives back into harmony and balance.” (p178) “…Sam was here for the time he was supposed to be here and not a moment shorter or longer. We know it will probably never make sense to us on this earthly plane, but we accept it in a more universal way. And though he’s no longer with us in the same physical form that he was, I do believe he’s never far from me in whatever spiritual form he chooses to take. This is what I believe about the life of all souls.” (p217) 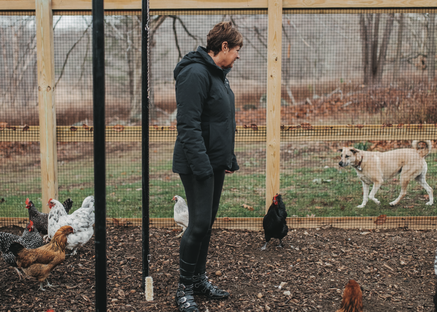 Martha graduated from high school and left home at the age of 16, “…with five hundred dollars and a really bad car. My dad was thinking I was just off on a short adventure and that I’d be back soon. But I was focused on emancipating myself, because I wanted to go far away to college and my father refused to pay for out-of-state tuition, even though he did so for my brothers. My car broke down in Steamboat, Colorado, and to pay for the

repairs I pumped gas and held numerous other odd jobs. By the time it was fixed, I’d fallen in love with the mountains and the community and decided to stay and declare Colorado residency. I enrolled at the University of Colorado at Boulder the following year and studied engineering for one semester, before designing a major called environmental conservation. After graduation, I wanted to experience city living, so I moved to San Francisco and worked as a paralegal, thinking I’d eventually become an environmental lawyer. But it quickly became evident that practicing law didn’t suit me and after a few years I moved to D.C. to work as an environmental consultant.” Five years later, Martha met Rich Handler on vacation at a bar in Cozumel. She thought he was cute, smart and very witty, but she had other entanglements and didn’t think it was serious, so she didn’t give him her phone number. A few months after that, she moved back to S.F. and, while unpacking boxes, her phone rang. “He tracked me down. It was totally out of the blue. This was long before the internet, so he had to painstakingly work his way through the phone book using directory assistance, which wasn’t very easy given that my maiden name was “Hunt,” and my old roommate had told him I ’d moved to either Chicago or San Francisco.” So, after many calls to directory assistance, they finally connected, and it was “game over”. After marrying in 1988 at a haunted mansion in San Francisco, the couple settled in L.A., where Rich was working for Michael Milken at Drexel Burnham Lambert. Agreeing that they’d move when their first child was school age, they began looking around the West as Martha missed the mountains. “We were seriously considering Sun Valley, Idaho, but then we visited friends in Bedford and we both immediately fell in love with the area. I was blown away by the natural beauty, the dirt roads, the hiking trails, the horse farms, and the whole environment, and the icing on the cake was that it had highly rated public schools and was within commuting distance of New York.”