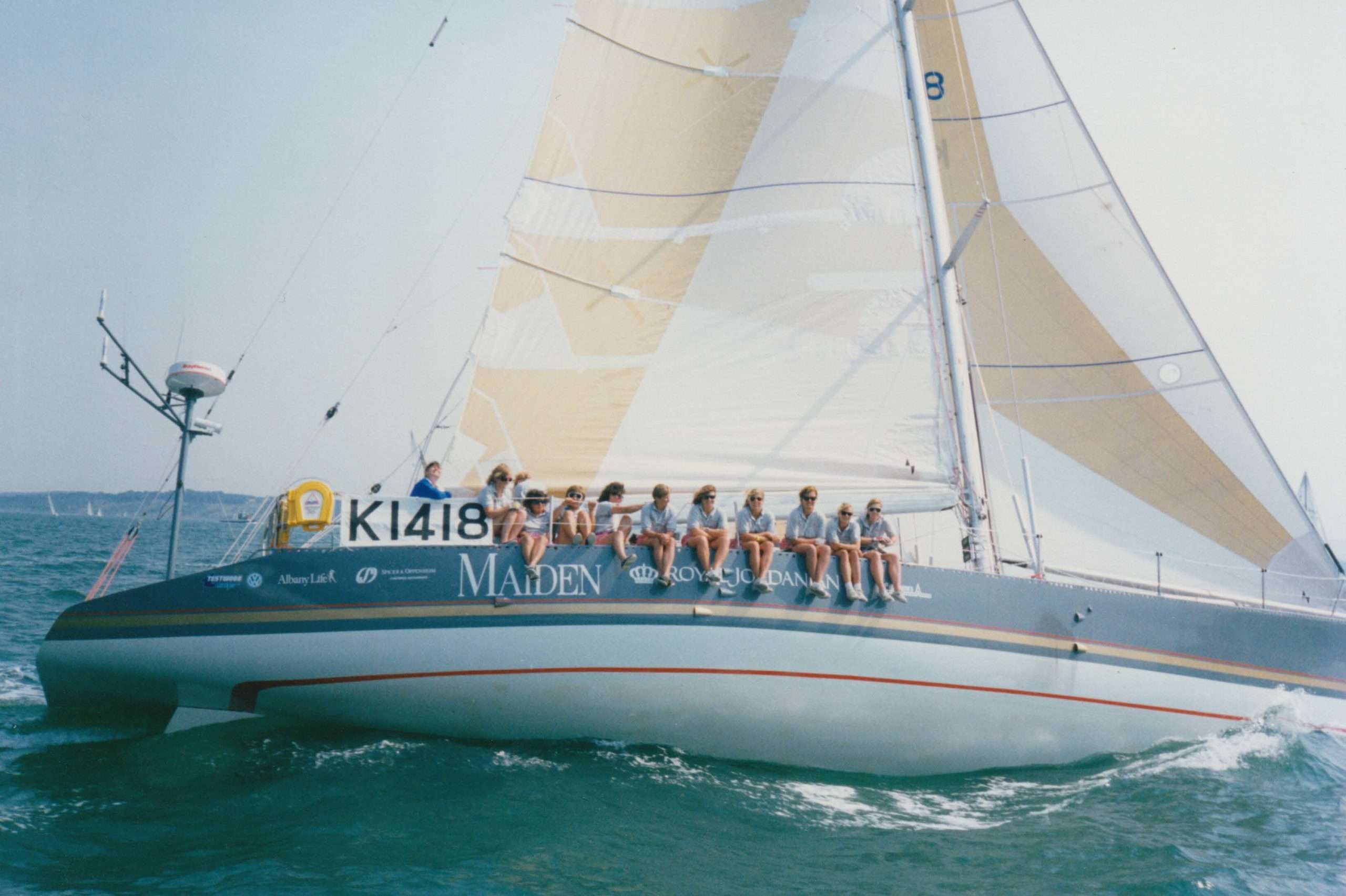 Women, take note! In 1989, the very idea of a competitive all-female sailboat crew was nearly inconceivable in the macho world of open-ocean yacht racing. The thought was women would never make it to the start of the Whitbread Round the World Race, much less survive to the finish – and they’d never find funding. Oh, and they didn’t have the strength or skill so they’d die at sea. Skipper Tracy Edwards, 26, proved them wrong. Her second-hand racing yacht Maiden, and her seasoned crew not only became the first-ever all-woman challenge to the Whitbread, they proved able competitors in the famously grueling race, besting male crews in their class. By the time they returned to their starting point at Southampton UK, after 32,000 miles of global racing, they had shocked, inspired, battled and utterly transfixed the sailing world – let alone the British nation. Tracy Edwards was awarded the 1990 Yachtsman of the Year Award, the first woman ever to receive the accolade, and was named a Member of the Order of the British Empire. See it all at the Bedford Playhouse.