INSIDE F1 2022 YEAR IN REVIEW WITH LEIGH DIFFEY, DAVID HOBBS AND STEVE MATCHETT 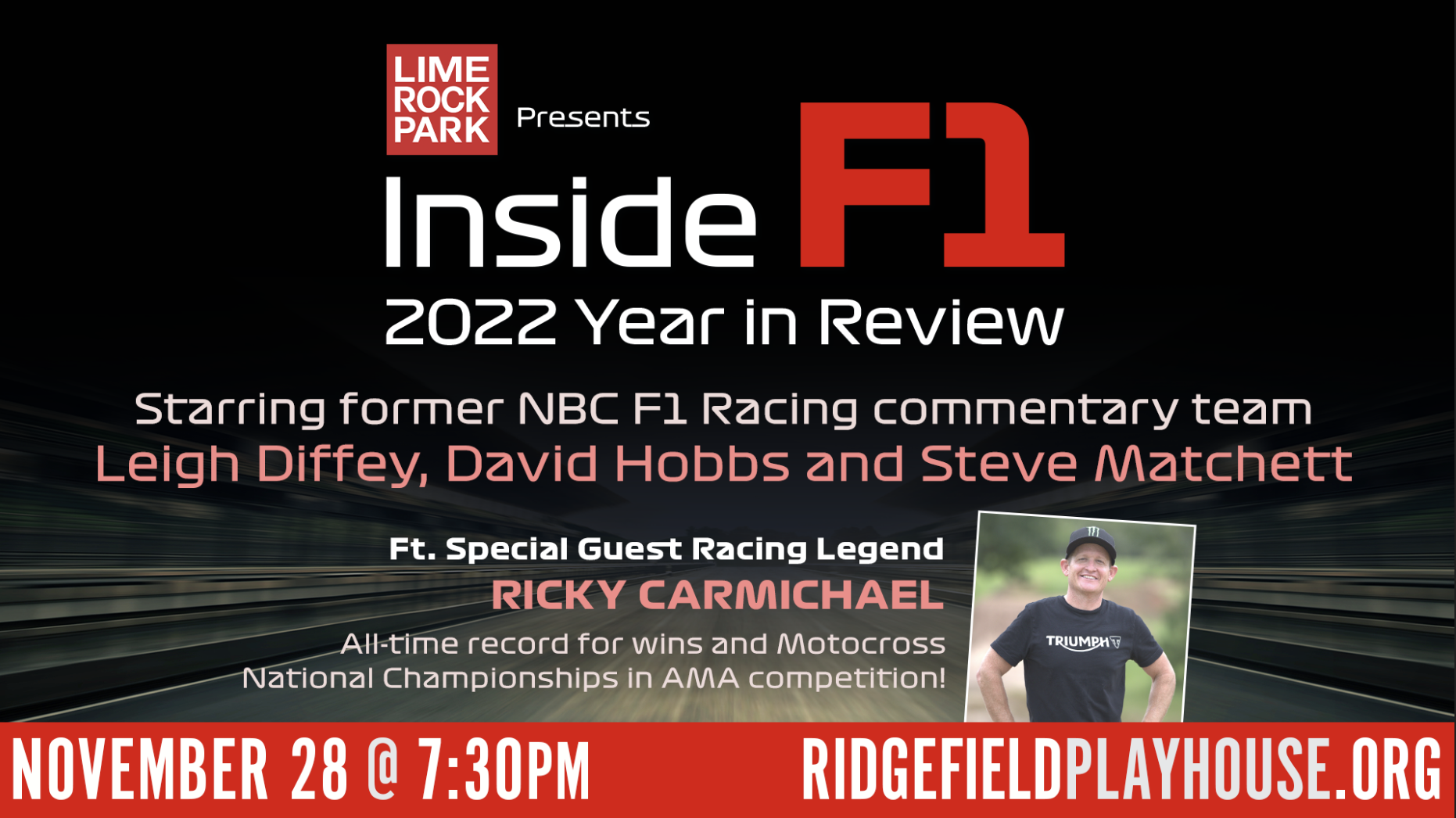 With the enormous rise in F1’s popularity in the United States, we’re reuniting the former NBC F1 Racing commentary team of Leigh Diffey, David Hobbs and Steve Matchett for one night only! After three previously sold-out events, these luminaries are set to return to the Playhouse stage for an up close and personal night that will take you behind the scenes, after the final race of the season. The lauded trio comprises Diffey, who is one of the most prolific voices in motorsports (and NBC Sports’ current lead play-by-play commentator for INDYCAR, IMSA WeatherTech Sportscar Championship, MotoGP and Supercross) famed race mechanic and commentator Steve Matchett, and former professional racer and commentator, David Hobbs.

Special guest for the evening is Racing Legend RICKY CARMICHAEL! Carmichael is simply the Greatest Of All Time in Motocross/Supercross History. He holds the record for wins and Motocross National Championships in AMA competition. He has logged 150 wins, and has never lost an outdoor championship that he competed in.  Carmichael also raced in the NASCAR Xfinity, Truck, and ARCA Series from 2008-2010.  Carmichael joins the dynamic trio of Diffey, Hobbs and Matchett to share his insights on elite athletes in Motor Sport and his perspective on the future of the sport.