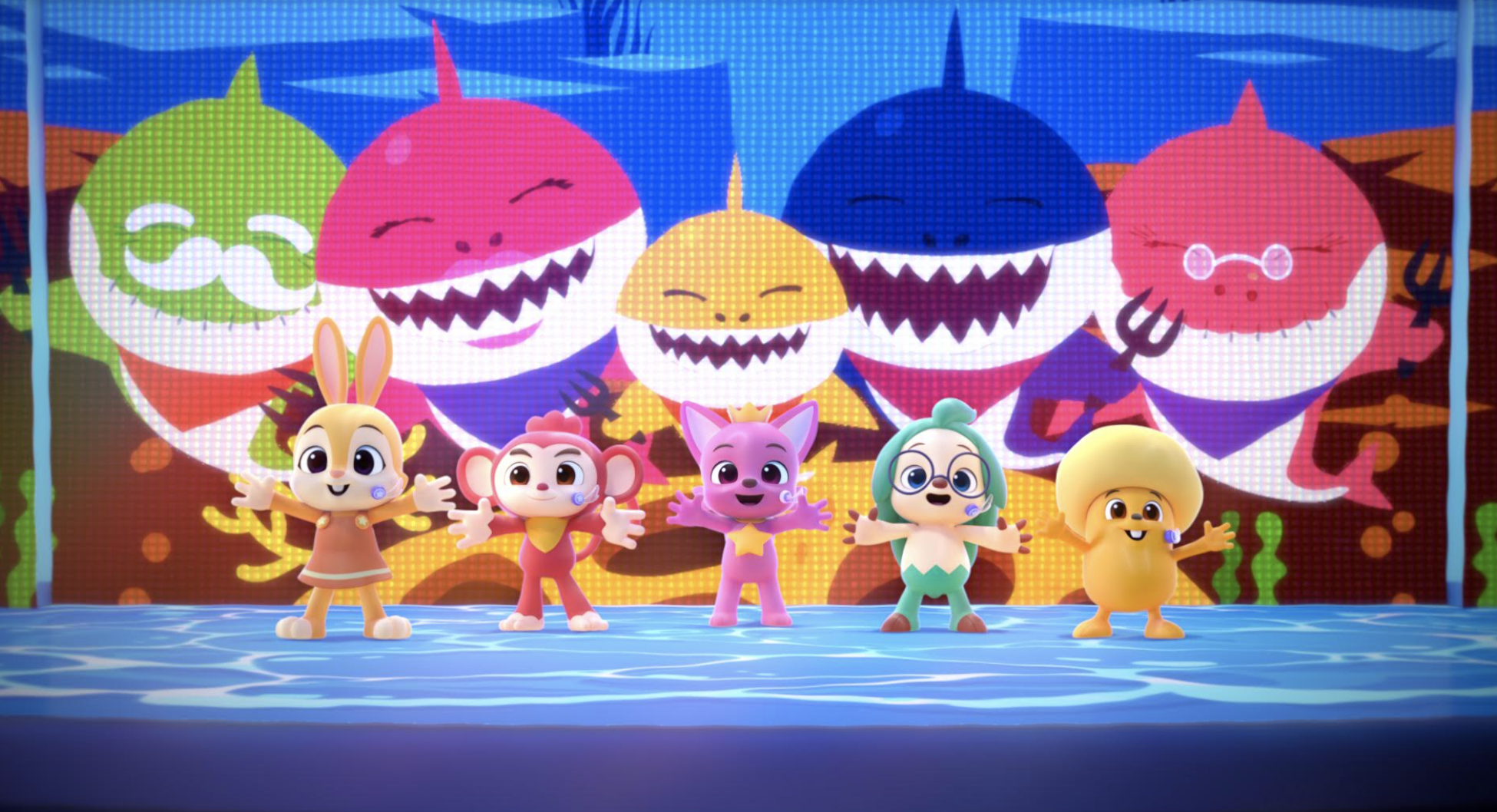 Sing along with Baby Shark! Wonderville’s favorite problem-solving duo, Pinkfong and Hogi, assembles a group of friends to produce their first-ever live concert. The Pinkfong Company, the global entertainment company behind Baby Shark, is partnering with Fathom Events to debut its highly-anticipated cinematic special, Pinkfong Sing-Along Movie 2: Wonderstar Concert, screening at The Ridgefield Playhouse on Saturday, January 28, 2023 at 11am. The event is part of the Playhouse’s Cohen and Wolf P.C. Movie Series and Xfinity Family Series. Produced by award-winning creators, Pinkfong Sing-Along Movie 2: Wonderstar Concert is the sequel to Pinkfong and Baby Shark’s Space Adventure, which was the fifth most-watched movie in Netflix’s Today’s Top 10 list in the U.S. Following the success of the first cinematic special, this limited-run feature-length film will delight kids and families with 14 fan-favorite Pinkfong songs including “Let’s Sing Together,” “Hakuna Matata,” “Dibi Dibi Dip,” “Monkey Banana,” and the iconic Baby Shark song from the most-viewed YouTube video of all time. Pinkfong Sing-Along Movie 2: Wonderstar Concert follows Pinkfong and his best friend Hogi as they prepare for the first sing-along concert with Wonderstar friends and navigate various challenges to present a perfect show for their fans around the world. The film alternates between Pinkfong and Hogi’s journey in preparing for the concert and several performing scenes full of fun dances and dazzling songs in a variety of genres like jazz, rock, and EDM. Do not miss your chance to see Pinkfong and friends on the big screen and sing along with the whole family!