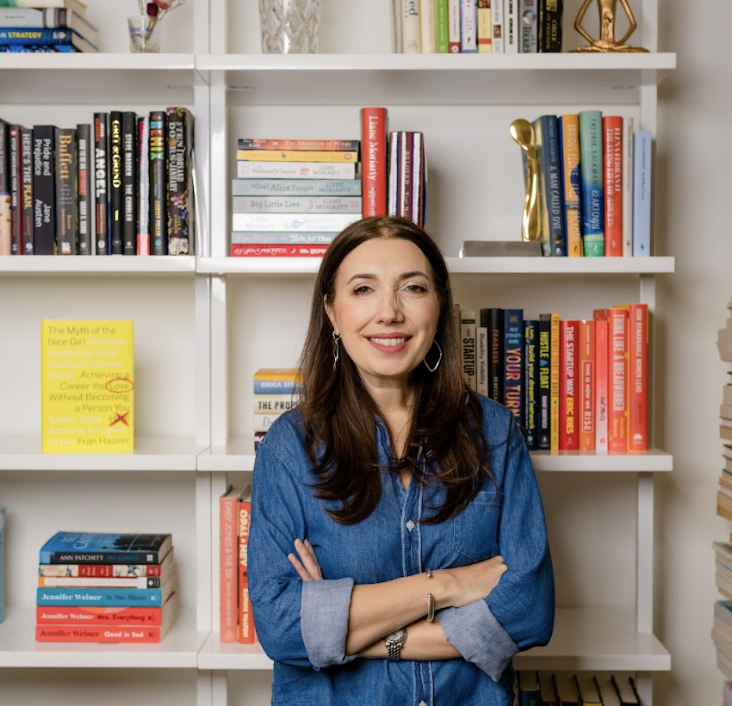 Fran Hauser’s career lessons started early. Her parents, Antonio and Carmela Cambareri moved from Italy to Mt. Kisco, NY in 1970, when Hauser was two years old. Antonio owned a landscaping and stone masonry business, and Carmela owned a tailoring shop on Lexington Avenue. Fran was shaped by the entrepreneurial skills her parents bequeathed and the values of kindness and empathy they instilled. “I started working for my dad when I was in first grade,” says Hauser. “I did all of their bookkeeping. I wrote invoices. I created marketing logos. I was the general manager of their businesses at a very young age, because they didn’t speak the language.” As a child, Hauser was her parents’ translator. “Watching them, the biggest thing I learned was how they related to other people. They were so kind and charming. I’ll always remember how my dad would really look people in the eye, smile, and laugh with his clients. It was so amazing to watch someone who could barely speak the language manage to communicate in these nonverbal ways, and do it so effectively.”

Fran’s career has evolved from being a media executive at Time Inc., AOL, and Moviefone, to her current roles as startup investor, author, and keynote speaker. She credits her parents for her business acumen, ability to relate to others, and knack for using kindness to connect at work. A self-titled ‘compassionate leader’, Fran rose through the ranks at Time Inc. to become President of Digital, launching People.com. Today, she’s invested in over thirty female-founded companies across media, tech, publishing, beauty, and wellness. Refinery29 calls her one of the six most powerful women in NYC’s tech scene.

In 2018, Houghton Mifflin Harcourt published Fran’s first book, The Myth of the Nice Girl: Achieving a Career You Love Without Becoming a Person You Hate, an anthem for women who want to succeed at work without sacrificing their innate empathy and kindness. The Myth of the Nice Girl has been translated into six languages, and named ‘Best Business Book of the Year, 2018’ by Audible. Hauser speaks regularly at companies and conferences to spread her message that an effective leader doesn’t need to abandon kindness to be powerful, and that a truly effective leader utilizes her kindness as a strength. Hauser’s second book, focused on career actualization, is called Embrace the Work, Love Your Career: A Guided Workbook for Realizing Your Career Goals with Clarity, Intention, and Confidence, and was published in March 2022 by The Collective Book Studio. Fran wrote the book after seeing so many friends and colleagues struggling during the pandemic, some of them out of work, and many questioning their career paths and looking for meaning. Embrace the Work, Love Your Career is filled with nuts-and-bolts career advice, exercises to prompt reflection, and an action plan for going forward into a career that fits who the reader is and what she values. 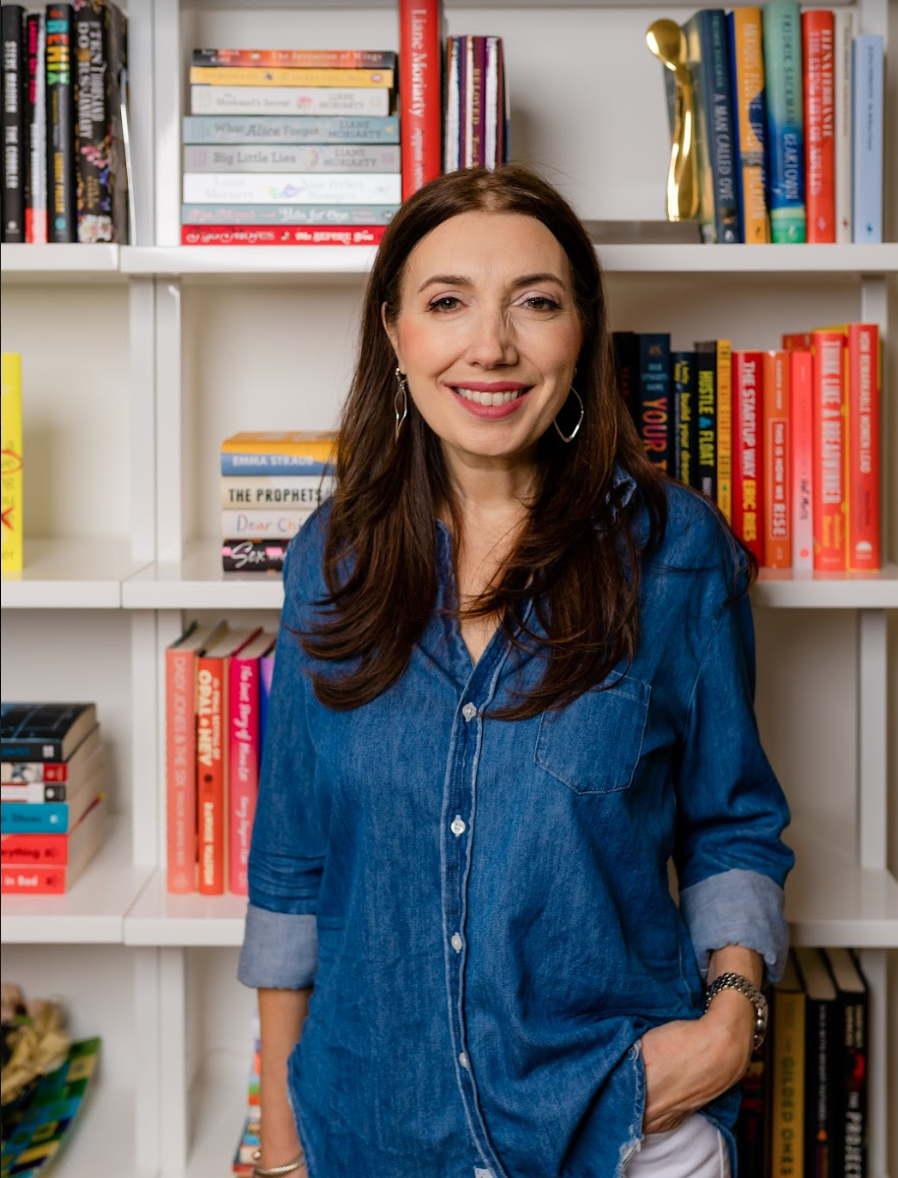 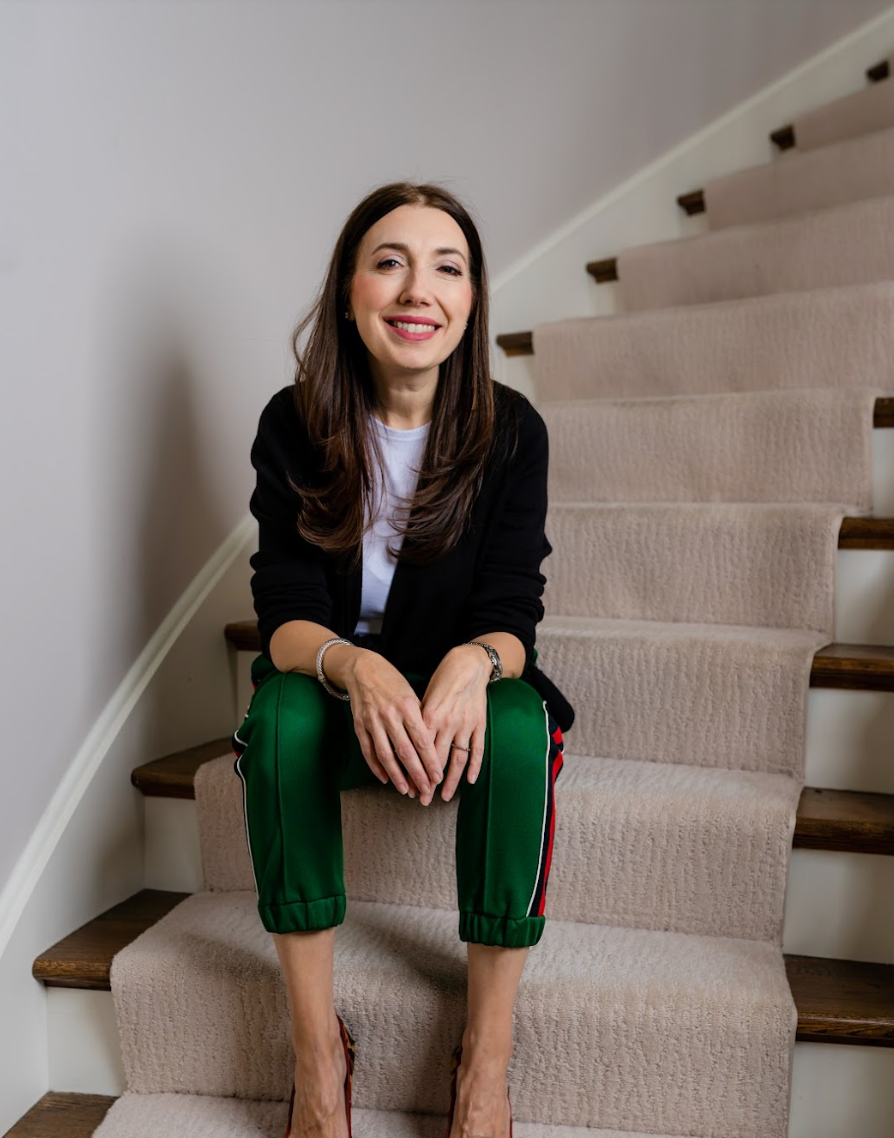 Fran explains that one of the most important business lessons she learned from her parents was that she didn’t have to sacrifice who she was to get ahead. “You can be your authentic self,” Hauser says. “You don’t have to fake it to make it.” And that advice is resonating deeply with Hauser’s readers. “Out of all the pieces I’ve ever written for digital, the most popular was an article I wrote for LinkedIn called, You Don’t Have to be a Jerk to be Powerful.”

In 2020, Fran was planning to open a local bookstore, “…but Covid got in the way, and it didn’t happen,” Hauser says. “I was able to pivot. I’ve pivoted five times in my career.” And she did, launching @fransbookshelf, a popular Instagram account where Hauser channels her love of books and connecting with readers.

“Sometimes the world gets in the way, and you have to do some resetting and rethinking,” she says. “But so many creative ideas have come out of the pandemic. …I’ve done more investing over the last year than the previous five years in total.” Fran talks excitedly about some of the most recent companies she’s invested in, like Small Packages, a personal relationship management app created to make it easier and more fun to send curated gifts; Copper, a platform for authors and book lovers to connect; and Thirteen Lune, an inclusive beauty e-commerce site where 90% of the brands are created by Black and Brown founders who create products for people of all colors, and 10% of the brands are dedicated to fostering allyship. Nyakio Grieco, founder of Thirteen Lune, says, “I am so deeply honored to have Fran Hauser as an investor in my company, Thirteen Lune. From the moment I met her I knew how committed she was to amplifying women and moving the needle for change when it comes to diversity and inclusion. She is celebrated for her ability to connect, communicate and champion others, I’m so humbled to champion her as well.”

“I’m a builder,” says Hauser. “I love the idea of creating a product or service out of nothing. Businesses find a pain point or an opportunity, and they create a product or service from scratch. That’s always been fun and exciting for me. This idea of building and creating is really at the core, and it’s something I saw with my parents, and something I saw throughout my career, whether I worked at a big company or a small company. And now I get to do it hands-on, working with great female-founded startups.”

Fran’s investing career began nearly a decade ago, when she realized how inequitably funding for startups was distributed. “When I was working at Time Inc., I was meeting with business founders, and I realized that only 2% of venture capital funding was going to female founders. I became determined to change that!” Fran spoke with friend Soraya Darabi, a start-up founder who later went on to launch her own early-stage venture fund, who encouraged Fran to try her hand at investing. Darabi told Hauser that she could be a mentor and role model for the many women wanting to start businesses—magic words for Fran, as they fueled Fran’s lifelong passion for elevating women’s careers. Fran was still at Time Inc. when she invested in a few digital media startups. Two years later, in 2014, she realized she could make start-up investing her full-time gig. Her willingness to help startup companies not only financially—but also by opening her network to each founder and being a sounding board—has proven a holistic and successful approach to supporting female founders. “I’m investing, but I’m also connecting and advising,” Fran says. Allison Trowbridge, founder of Copper says, “Copper Books would not be the company it is without Fran. From serving on our Board of Directors, to rolling up her sleeves regularly with our product team, to giving me sound wisdom in the moments I feel most overwhelmed, Fran has been so much more than an investor. For me, and for so many other female founders, she’s been a mentor, counselor, super-connector, visionary, servant-leader, and, most importantly, a friend. Fran’s support has been the tailwind that’s helped us sail through the choppy seas of startup life and her advice has been critical at some of the most pivotal moments.” 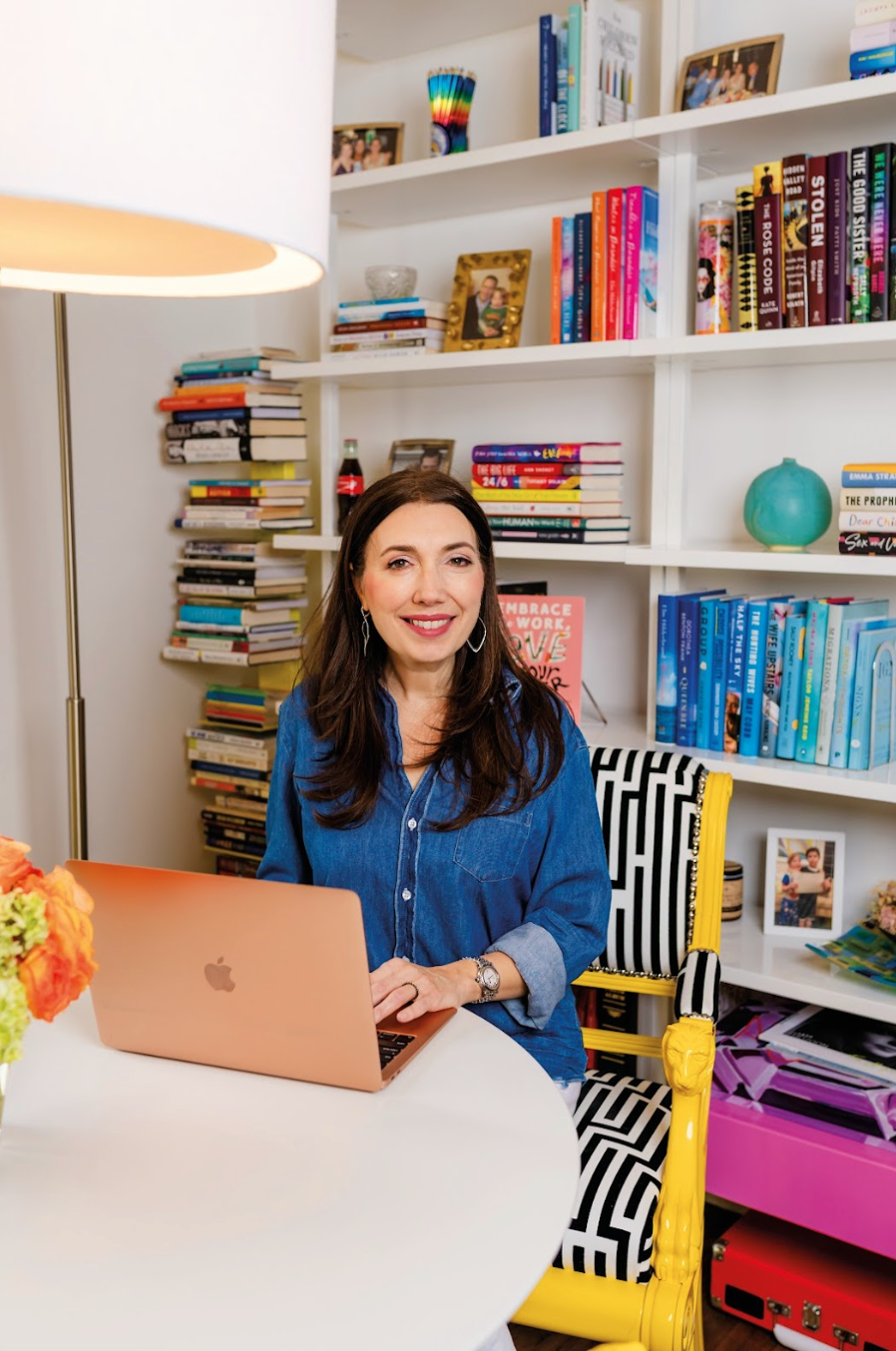 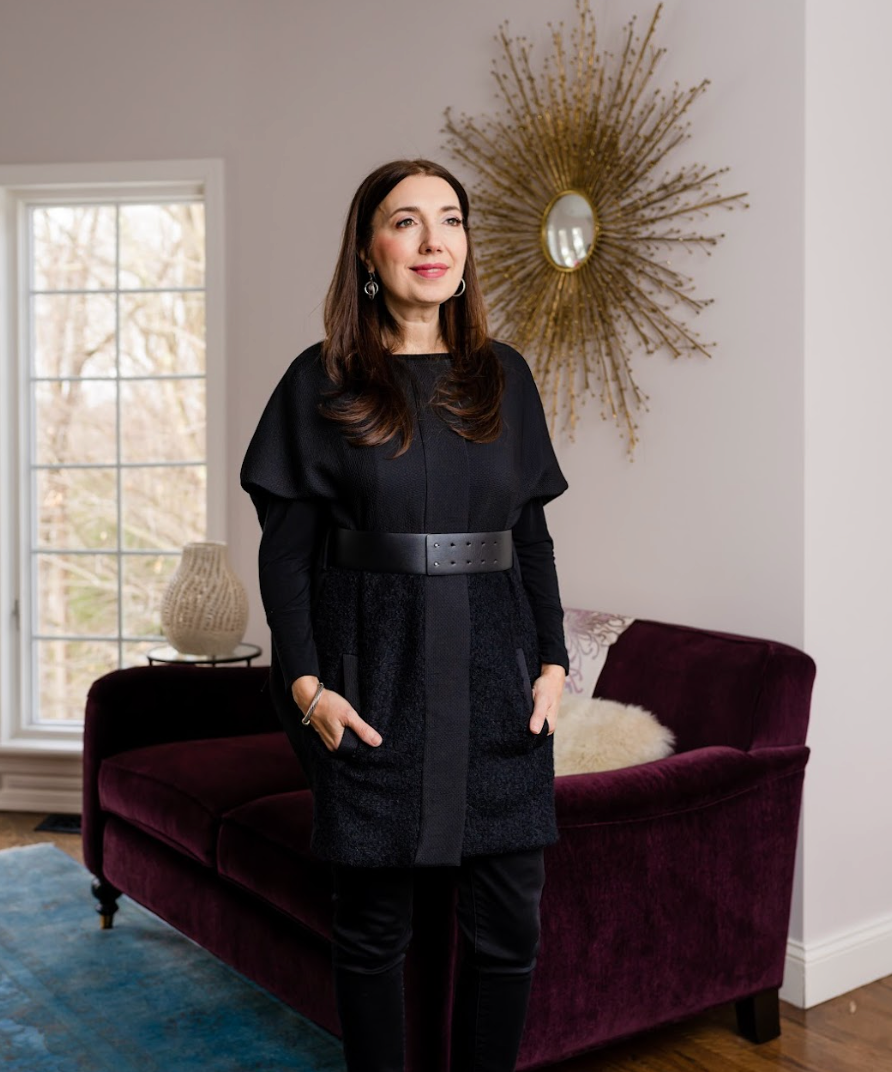 And Fran is as focused on getting women to invest as on investing in female-founded startups. “For the most recent round of fundraising for co-founders Monika Shah and Julie Schechter and their company, Small Packages, there were five female investors who were first-time angel investors.” This was big for Fran, who believes the value of investing goes far beyond the financial return. “You’re expanding your network. You’re meeting other investors. You’re meeting founders. You’re entering into a whole new community. And if you’re investing in companies that are value aligned with you and what you want for the world – how satisfying is that?”

Whether she’s funding a female-founded business, offering free mentoring sessions through her website and social media accounts, or sharing what she knows through articles and books, Fran is forever working generously to empower women in business. Fran puts it simply, “I just try to be the network so many women in business need.”