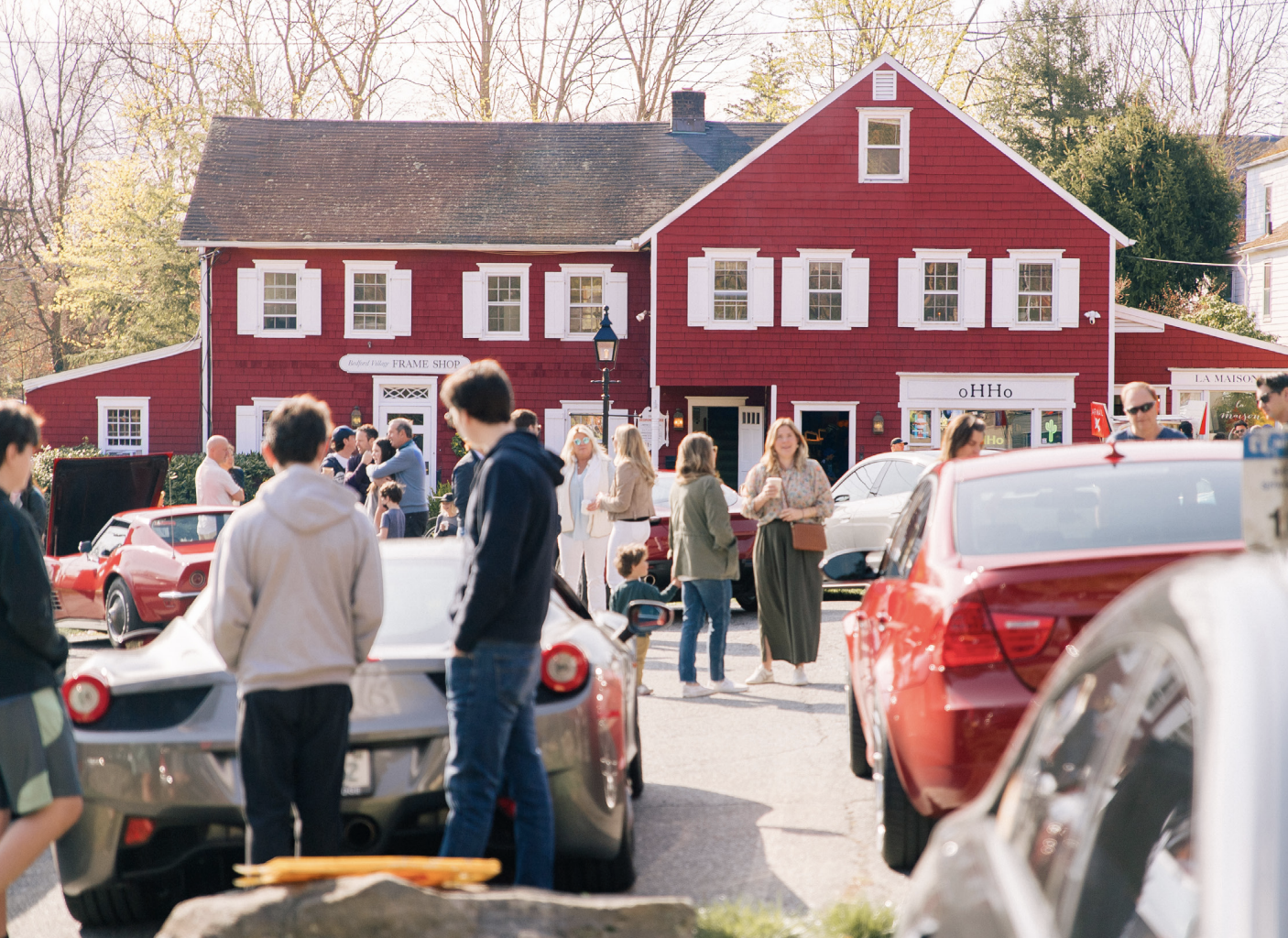 Unless you were one of the lucky couple of hundred  locals who heard about the early-morning highbrow  gathering, you missed out on Flying Coffee’s  first car conclave – with collector automobiles  by invitation only, but with the public welcome!

Flying Coffee is B&NC Mag’s ‘Best in Bedford Bean’ from  James and Nicola Stephenson, who are also the proprietors  of oHHo, the CBD – and soon to be THC – brand,  based in the little red shop on Court Street in Bedford.

The April 24, almost-impromptu inaugural event was a  smashing success! Some of Bedford’s best bodacious buggies!  On about a week’s notice, the Stephensons were able to  pull together a couple-dozen superlative new and vintage  automobiles…and host the crowd that showed-up to get a  glimpse of the spectacle – with Flying Coffee and donuts. A little more than a month later, the second very successful event took place on Sunday June 26th.

Nicola explains, “The idea is that we get some of the  incredible car collectors in the local area to get together  from time to time to show-off their amazing autos – and  we invite the public to come together for the special show.“ 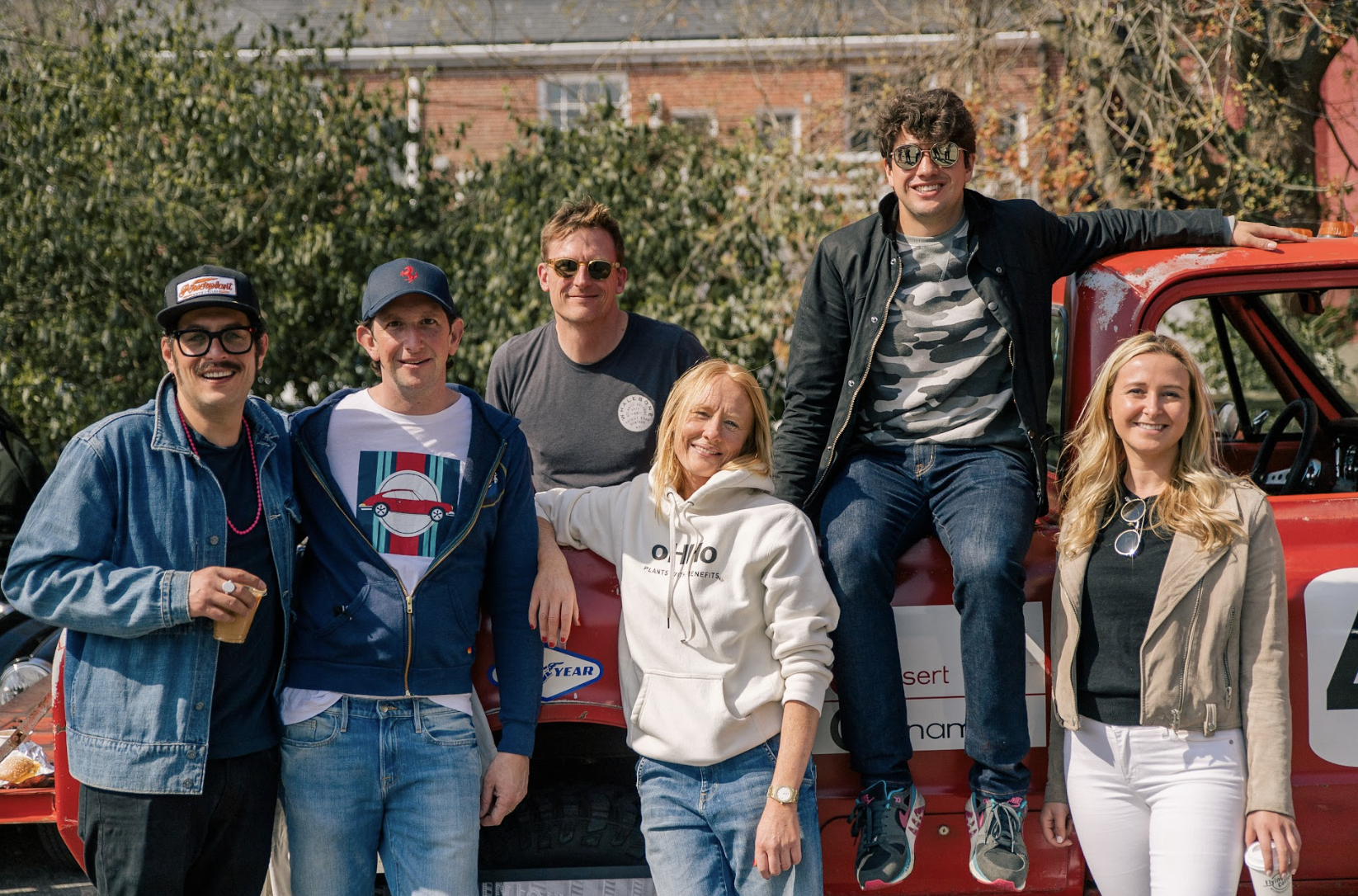 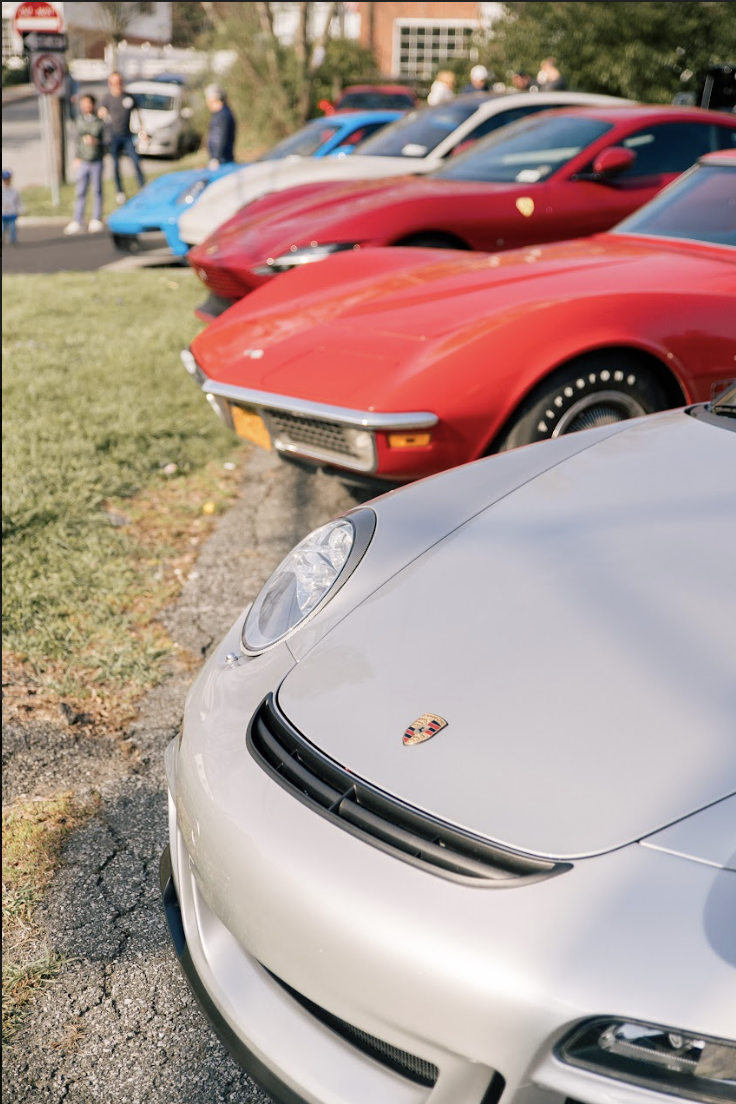 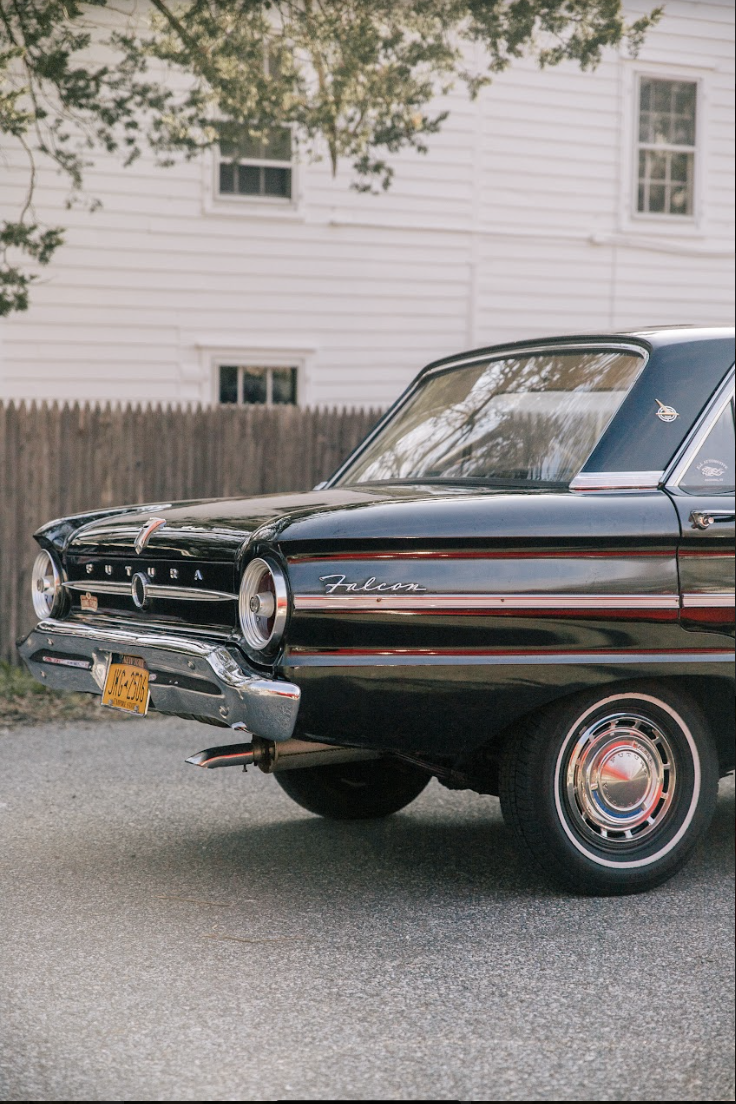 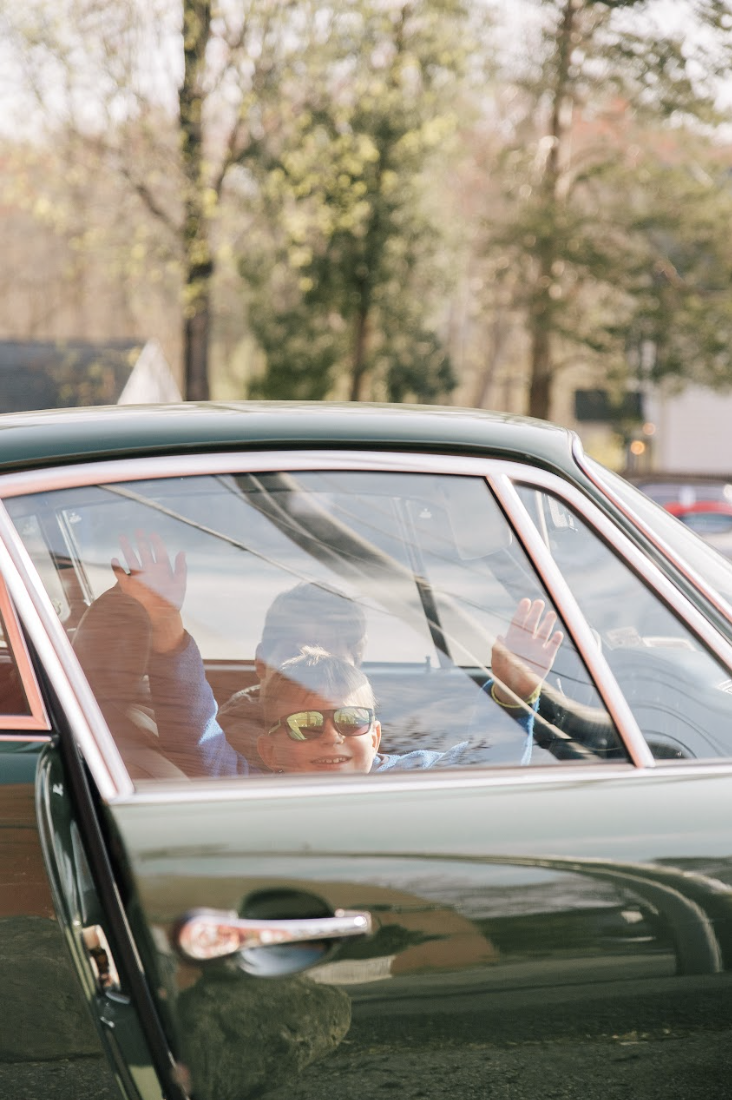 And James adds, “I’m a car guy. I’ve been lucky  enough to own some very cool cars, from a Singer,  to original Minis 90’s, and 911’s – my favorite –  among many others. There’s a wealth of special cars  and special car collections in our area. Exquisite,  extraordinary and exceptional cars! Our kick-off  event in April was early in the season, when the  weather was still cool, and called on short notice;  but we managed to get some of our friends to open  their garages for the first time in the season and bring  out some of the crown jewels! …And that was just  scratching the surface of the kind of cars that will be  on our invitation lists for events to come! I want to  have the kind of event – that just seems to happen in  town – and that will make a big enough impression to  create lifelong memories for any kid who comes by!” 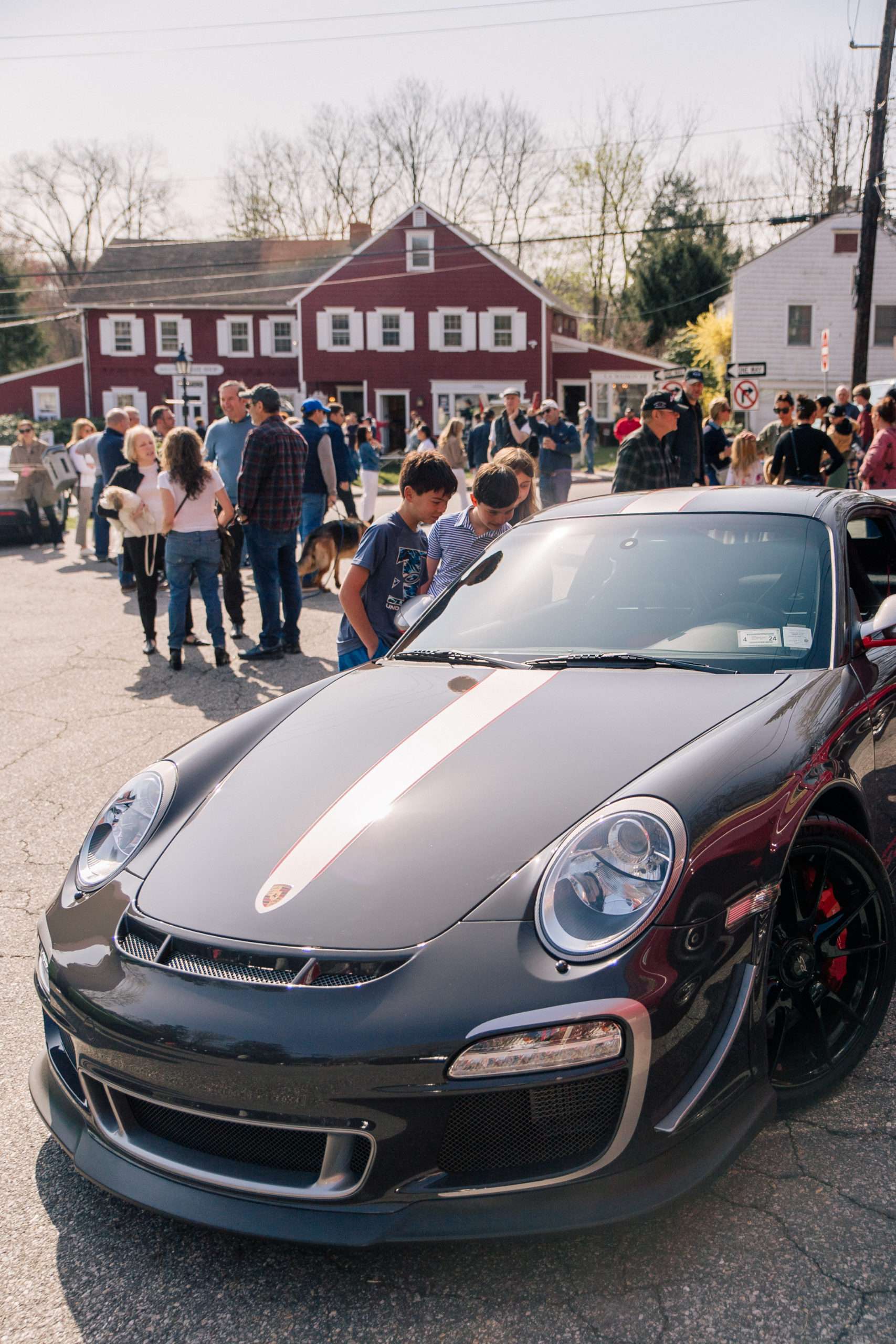 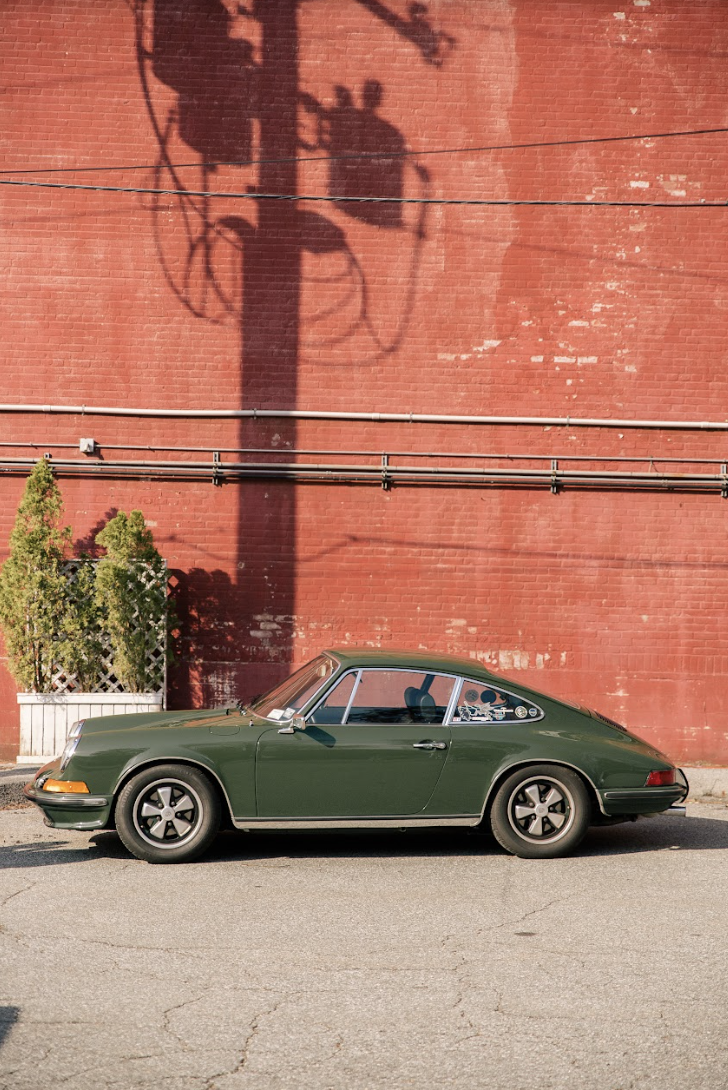 We approached Jordan Vogel, who recently acquired the Playhouse, because the parking lot behind the Playhouse and  across the street from oHHo is the perfect place to gather.  Not only did he help rally some incredible cars, he and our  friend James Fayed helped to spread the word. We’re thrilled  to create an event that will bring the local community  together, and more generally draw attention to our area.” 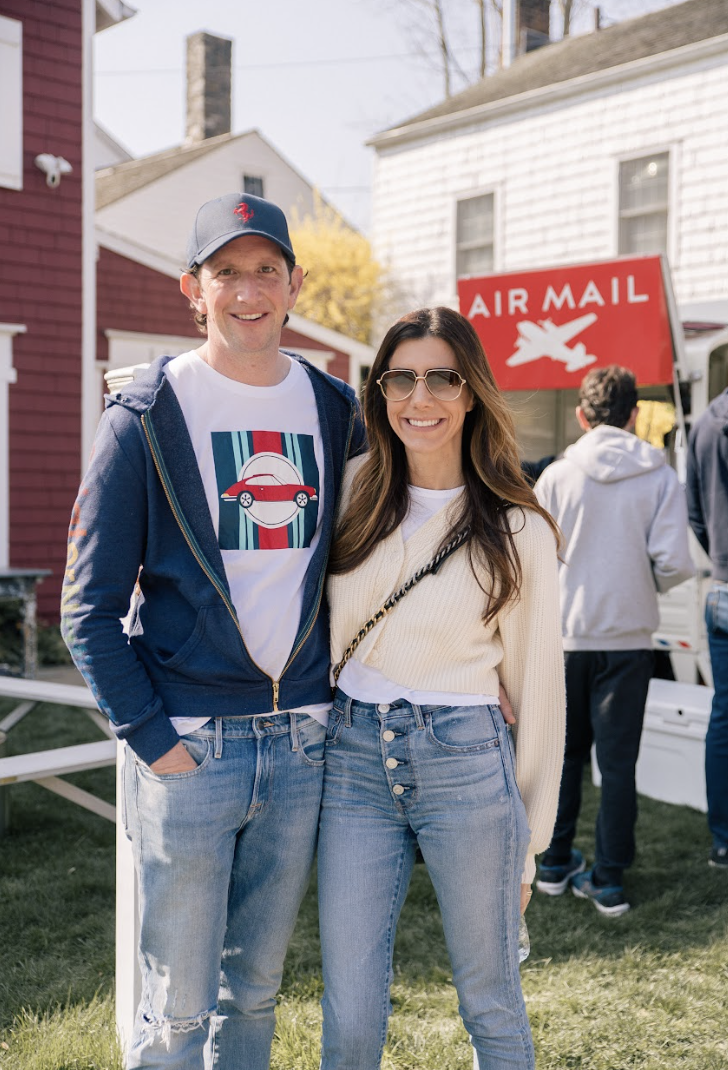 Jordan and Brooke Vogel grab a cup of coffee at the event. 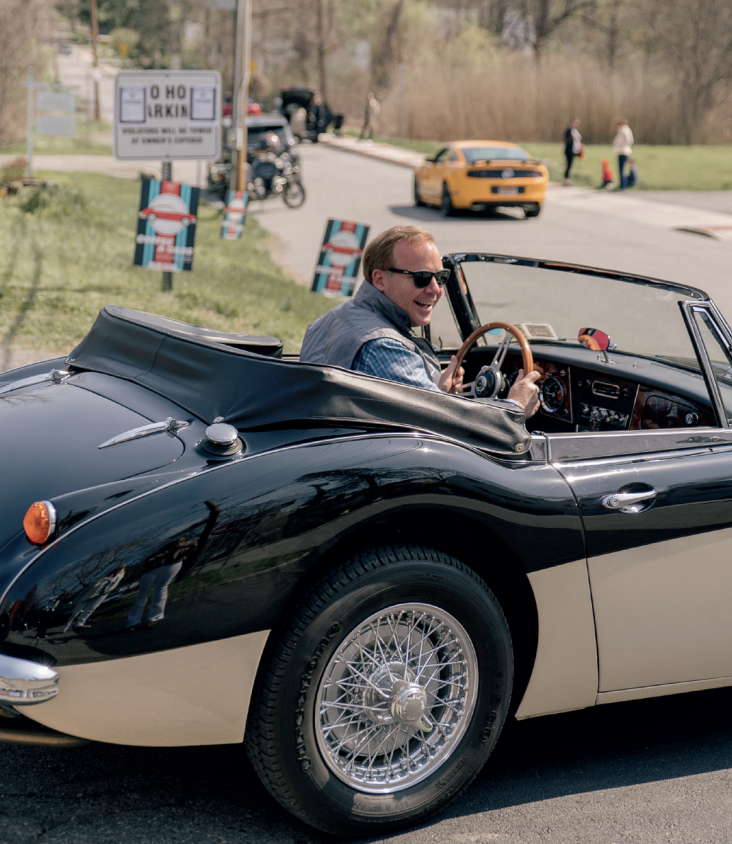 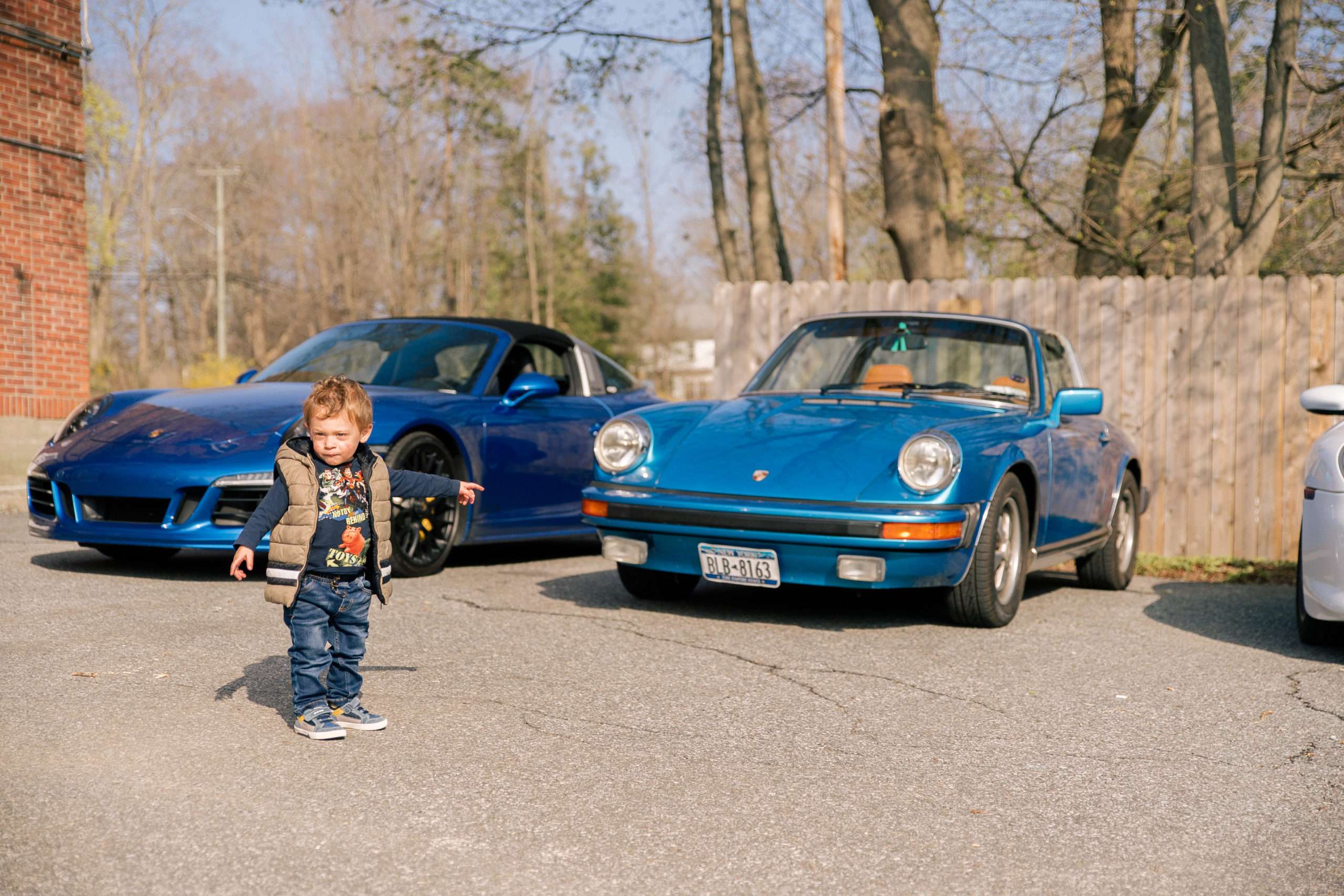 BEDFORD & NEW CANAAN MAGAZINE is the exclusive media sponsor of the flying coffee fantastic car conclaves… and B&NC MAG will announce future events on our instagram and on the Calendar of Events page. 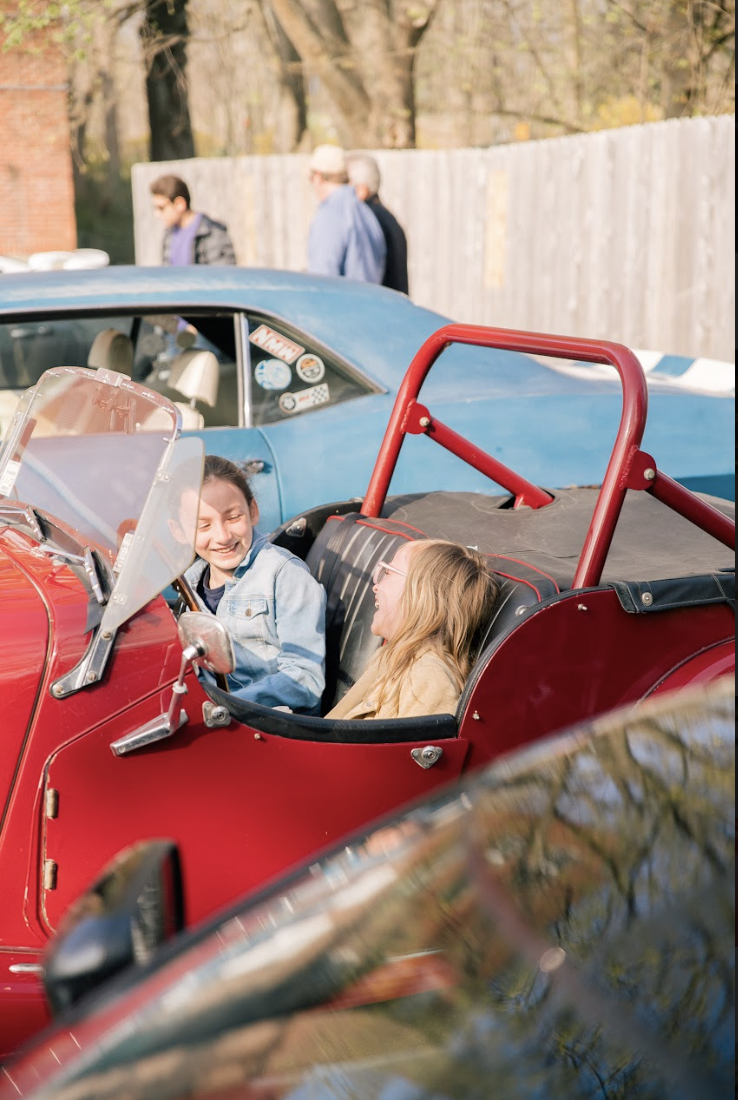 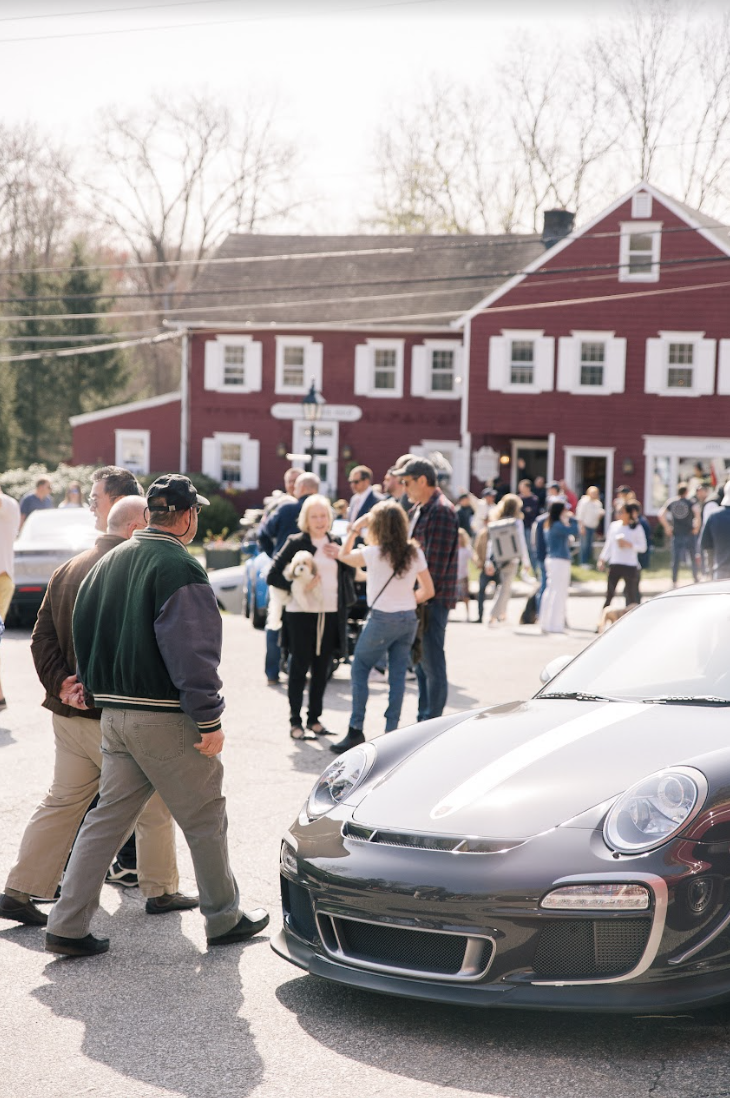 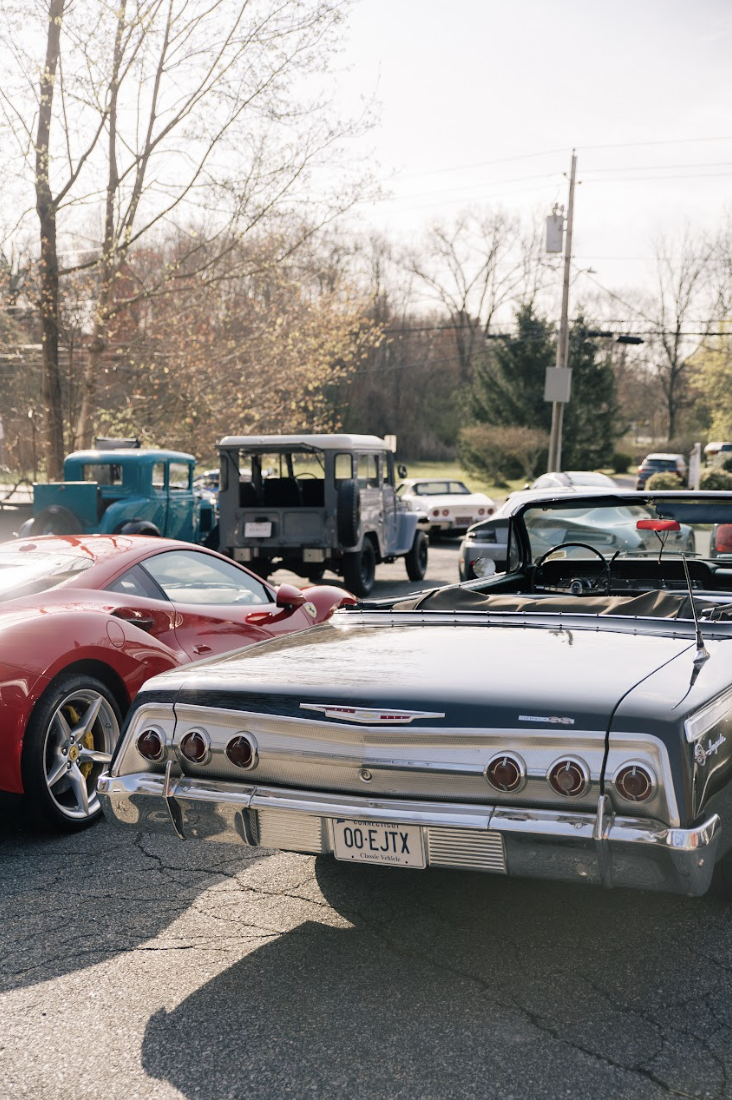 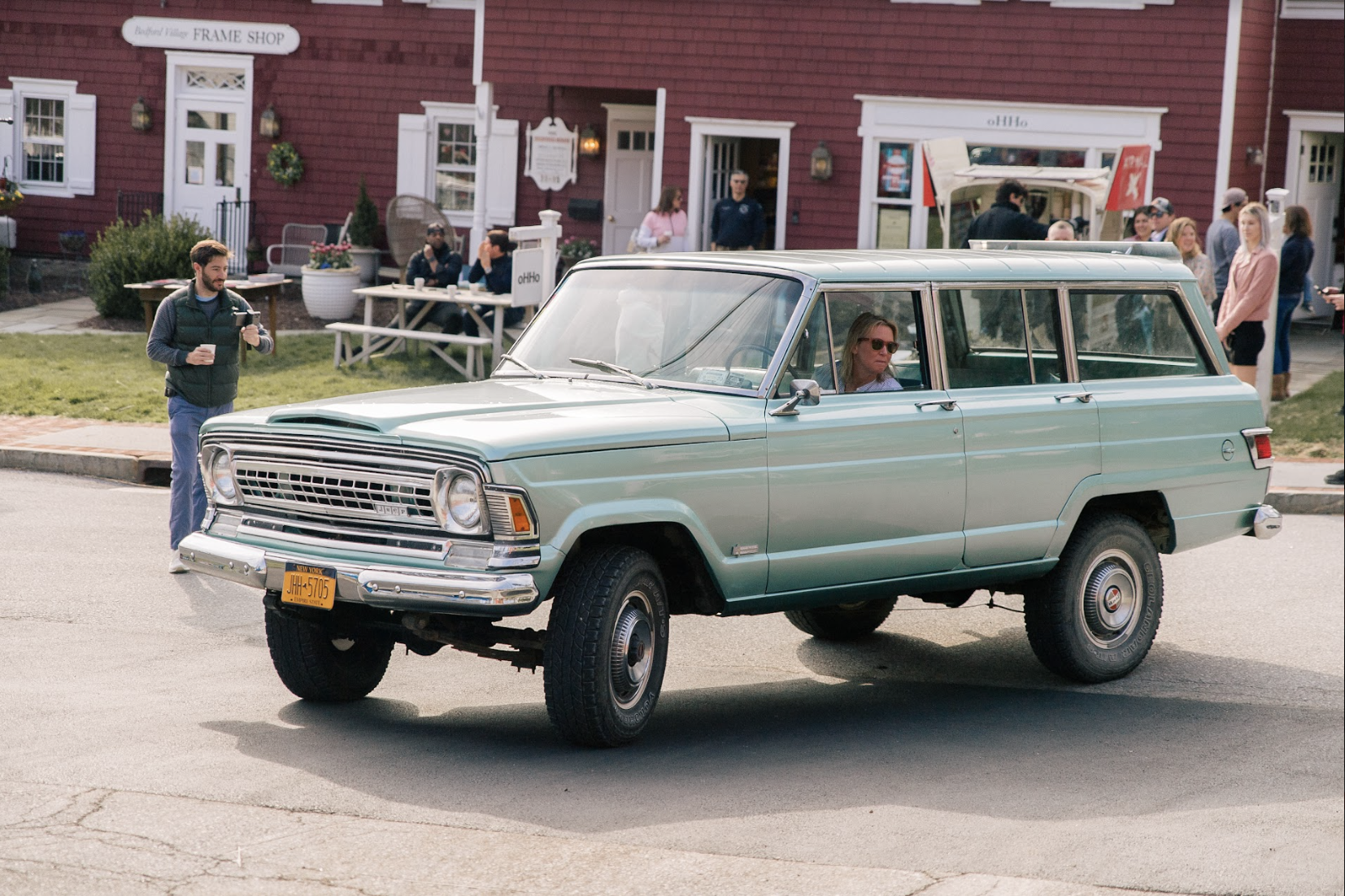 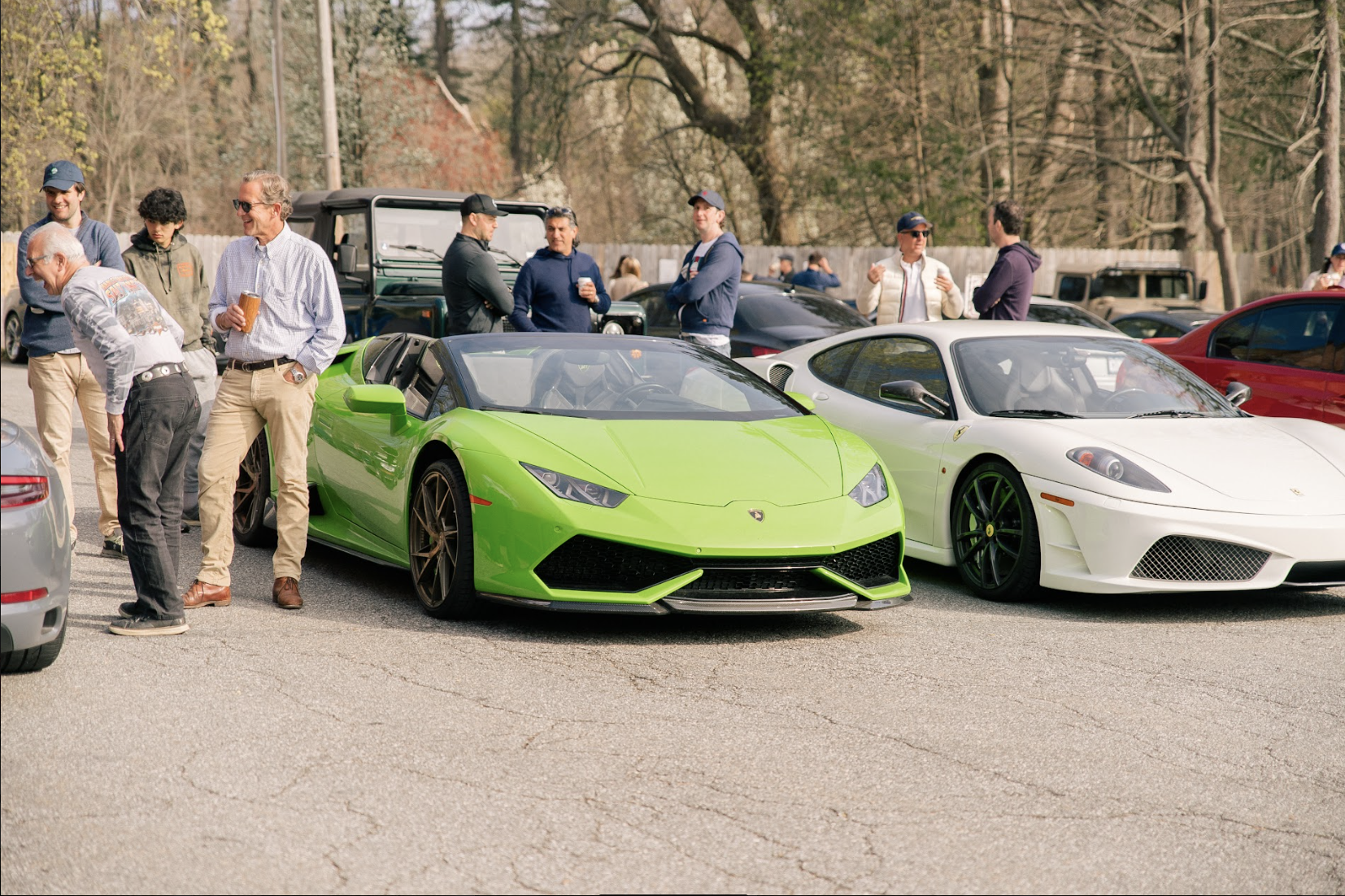 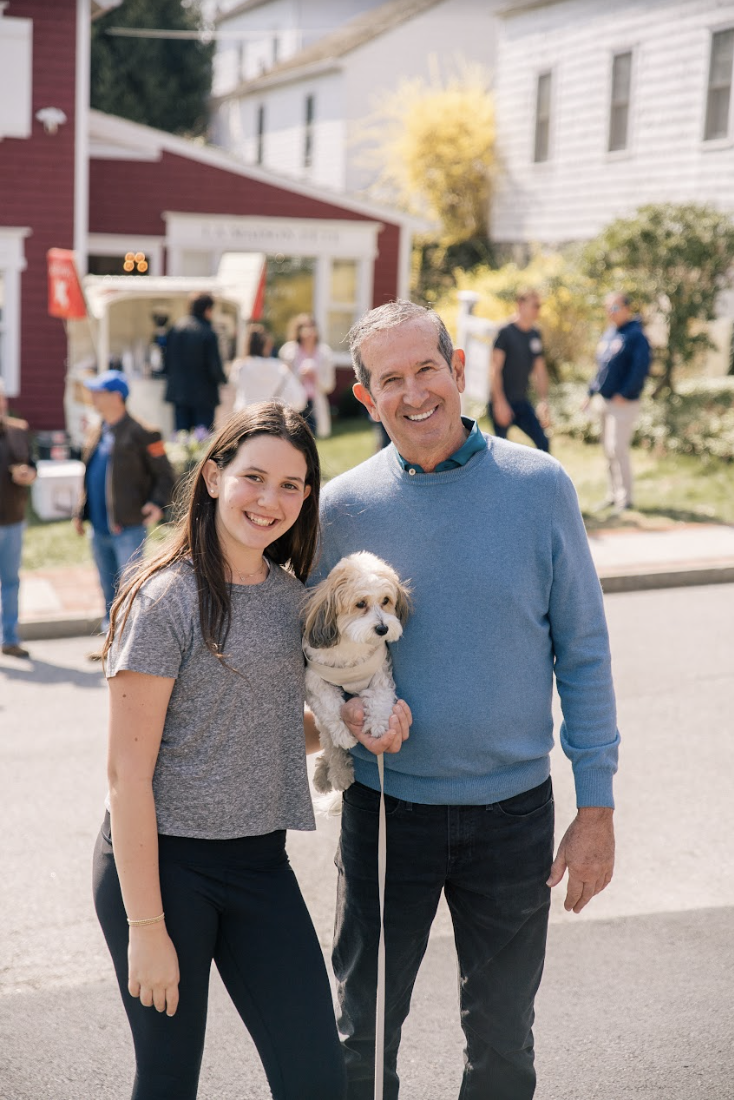 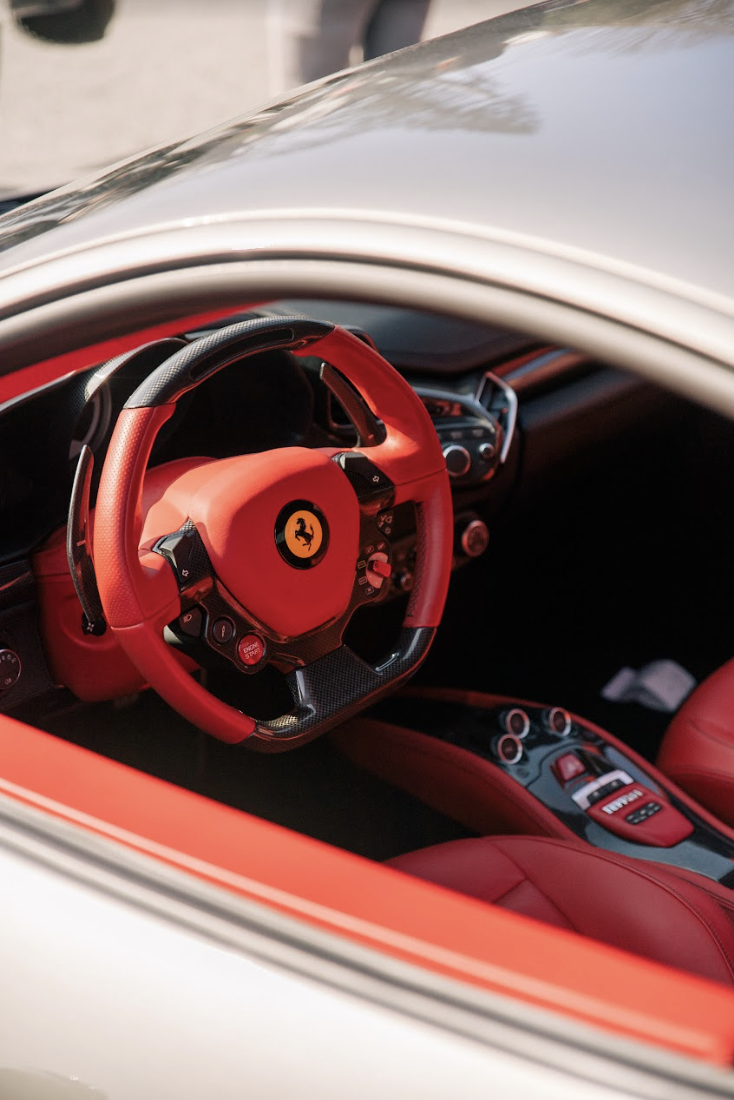 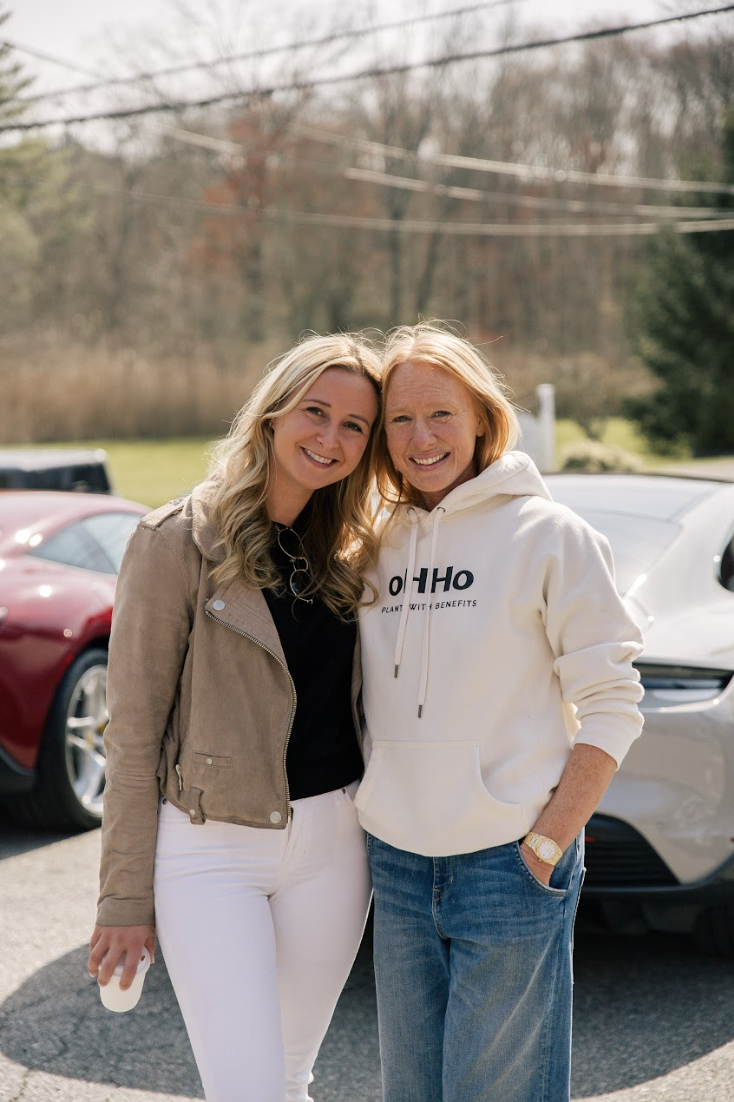