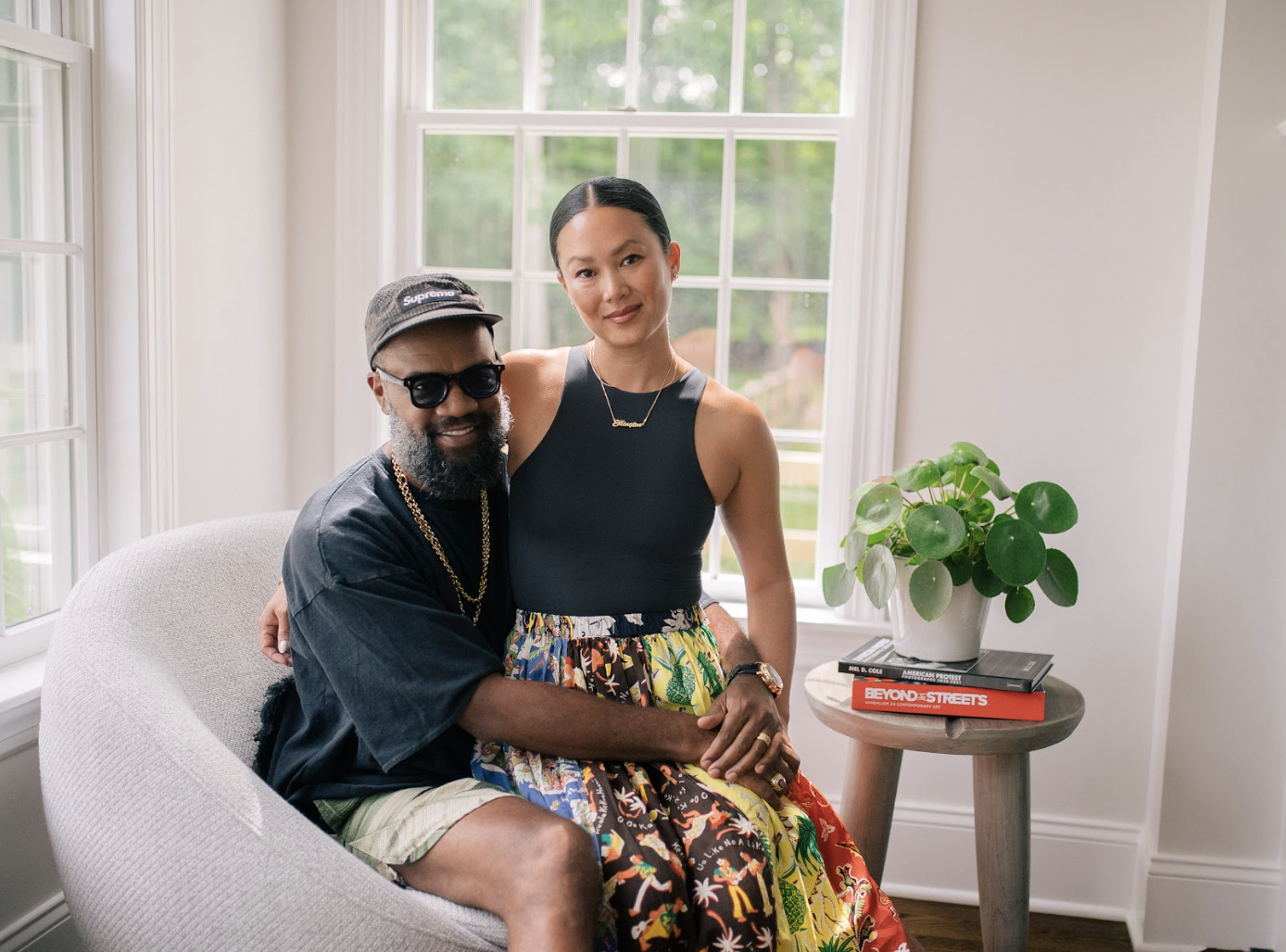 Coltrane Curtis is indeed named after John Coltrane. And he and his wife, Lisa Chu, have continued the family’s jazz-infused legacy in naming their boys: 10-year-old Ellington – after Duke, and 3-year-old Count – as in Basie.

The Chu-Curtis family bought their home in Pound Ridge at the start of the pandemic, intending then, as now, to use it as their country house; an easy one-hour escape for weekends and summer from their primary residence in Brooklyn. Then Coltrane’s mom, Gail, decided she liked the place so much she and her staff would take-up full-time residence.

Based in Brooklyn, Coltrane and Lisa own and run the industry-leading Team Epiphany—an award-winning, full-service consumer marketing and public relations agency, specializing in brand strategy, experiential marketing, and social media amplification. Team Epiphany is comprised of 50+ people – who the company managed to keep through Covid, and the cutting-edge and trend-setting agency is back to doing tens of millions in revenues annually. For the 18 years that Epiphany has been the hottest brands’ agency-of-choice, Coltrane and Lisa have managed to stay at the center of the multicultural universe, navigate the evolution in social engagement, capture the minds and imaginations of the millennial generation—and count a lot of success doing it.

Coltrane was born in 1975 and grew up in the Bedford Stuyvesant neighborhood of Brooklyn. “Pre-gentrification,” he notes. “My story is really all about my folks teaching me the value of hard work.  My dad owned and ran a marketing agency called J. Curtis and Company – a lot like ours. He did sampling and promotion and had key accounts like RJR and Christian Brothers Brandy. And my mom had a big job in marketing with the American Diabetes Association. They managed to save enough to buy a house in Bed Stuy. At first it didn’t have a roof and we lived in the basement, but eventually we built-out the entire house and the top floor became my dad’s office.”

That brownstone in Brooklyn was the center of his world as he came of age. There, he dabbled in child modeling, including Burger King commercials and a Whitney Houston video, using that money to help foot the bill for private school. He started out in elementary school in a gifted program at Astor in East Flatbush and later attended Berkley Carol in Park Slope…before moving to Montclair, New Jersey. “All of a sudden, I was a bigger fish in a smaller pond. My dad turned me on to photography, and I used to go around shooting everything, trying to learn the craft. I won a national competition for an NAACP scholarship in photography, and I went to Morehouse College—which was life changing.”

Coltrane considered Morehouse to be the Harvard for young Black men, and it was the only place he applied. It took him 5 ½ years to graduate, but he became a fixture in Atlanta nightlife, getting established by photographing performing artists. This eventually led to a string of roles that shaped his professional development: a gig with Ralph Lauren, VP of Marketing for Marc Ecko Enterprises, editor of Complex Magazine, developer at G-Unit’s apparel division, and MTV on air VJ. He credits the sum of these experiences with the inspiration and motivation behind his work with Team Epiphany.

Lisa was born in Oakland, California, spent her first three years in her family’s native Taiwan, and was raised in San Mateo, California. “My childhood was less eventful than Coltrane’s. My dad was an entrepreneur, my mom was a stay at home mom, and I was the youngest of two kids. I think, typical of the Asian-American experience at the time, my folks were always driving for success, and as kids we were always looking to ‘fit in’. I went to Aragon High School and was on the Tennis and Track teams, and then to the University of California Santa Barbara – and never felt like I ‘fit in’. Then I went to the Fashion Institute of Technology, and finally found my ‘fit’.”

“I always thought I wanted to be in fashion,” Lisa explains, “so right out of college I took a job doing photo production for Shoot Digital. I had the opportunity to work with clients like LVMH, working on one of the first e-luxury.com. After two years, I joined a marketing agency to produce events, and played a big part in that agency’s development. I gained a reputation for producing unusually high-energy and effective marketing events.”

Lisa recalls meeting Coltrane at a party in Los Angeles. “I thought I’d met him before, but couldn’t place it. I didn’t realize I’d probably seen him on MTV.” She thought he was cool, and bursting with energy and ideas about marketing and culture… “And us!” Coltrane jumps in. “From the beginning I knew I was ‘dating-up’. And, in 2004, when we started to hang-out and to talk about starting Epiphany, I knew Lisa was ‘professional-up’ for me as well.” He knew how to create heat and energy, and had an influential rolodex, but Lisa knew how to throw a party and produce an event. She understood brands and how to run a business. Together, they could produce cutting-edge campaigns at the center of art, fashion and culture, for clients like DMX and Playboy. “It was, and is, the best situation ever!” Coltrane claims.

“Even with all of Coltrane’s connections, talent and enthusiasm, we had to establish our point of differentiation,” Lisa explains. “We understood the emerging power of influencers and influencer marketing and—with the philosophy and slogan ‘we influence the influencers’—started what was really the first agency focused on representing influencers and building influencer-brand partnerships.” While other agencies focused on pairing celebrities with brands they could promote, Team Epiphany worked with influencers who could create and lead trends. They understand and empower influencers, working with them as peers and treasuring them as a community of creators. They’ve been successful utilizing some of the unique aspects of influencer marketing to help build some of the world’s most iconic and significant brands.

Eighteen years later, having survived Recession and Covid, Team Epiphany has an impressive record representing a roster of clients including Target, HBO, American Express, BET, Airbnb, Audi, Nike, and Apple. Coltrane and Lisa are most proud of their team at Epiphany, working in their Brooklyn and Wall Street offices. Team Epiphany is about seventy percent female, and seventy percent minority-led. “We work hard to maintain a loving, forgiving and thankful work environment,” says Lisa.

Regarding their home in Pound Ridge, Coltrane remarks, “I guess I’m still looking for that feeling of ‘home’—for our immediate and extended families—that I had in that old brownstone in Brooklyn when I was a kid. And even though my kids go to school in Brooklyn, I want them to grow-up with the experience of going outside to play and riding their bikes around the neighborhood.”

Lisa adds, “A big part of why we picked this area, beyond the natural beauty and the quick commute from Brooklyn, is because we feel like we ‘fit in’ here. Although there’s maybe still not a true diversity, more and more of our friends, and people who look like us, are moving up here and choosing this area over the Hamptons. We like being able to go to a local place to grab breakfast without it taking two hours and involving a see-or-be-seen vibe. We like the peace and quiet and all the parks and recreation. And most importantly, we love being able to just hang out with our family and friends.” 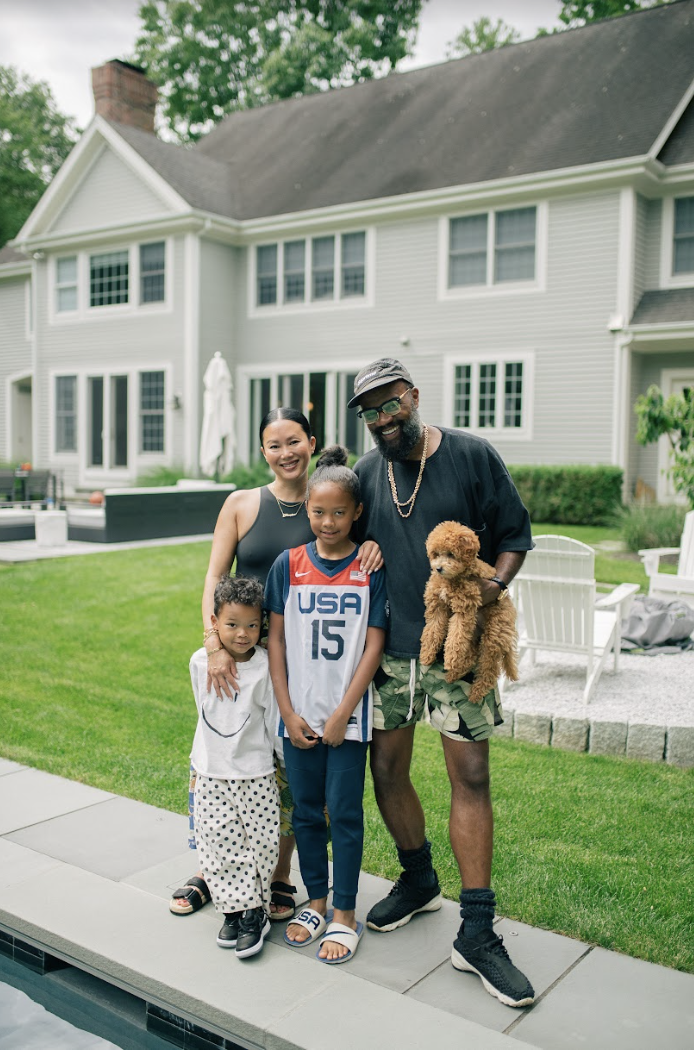 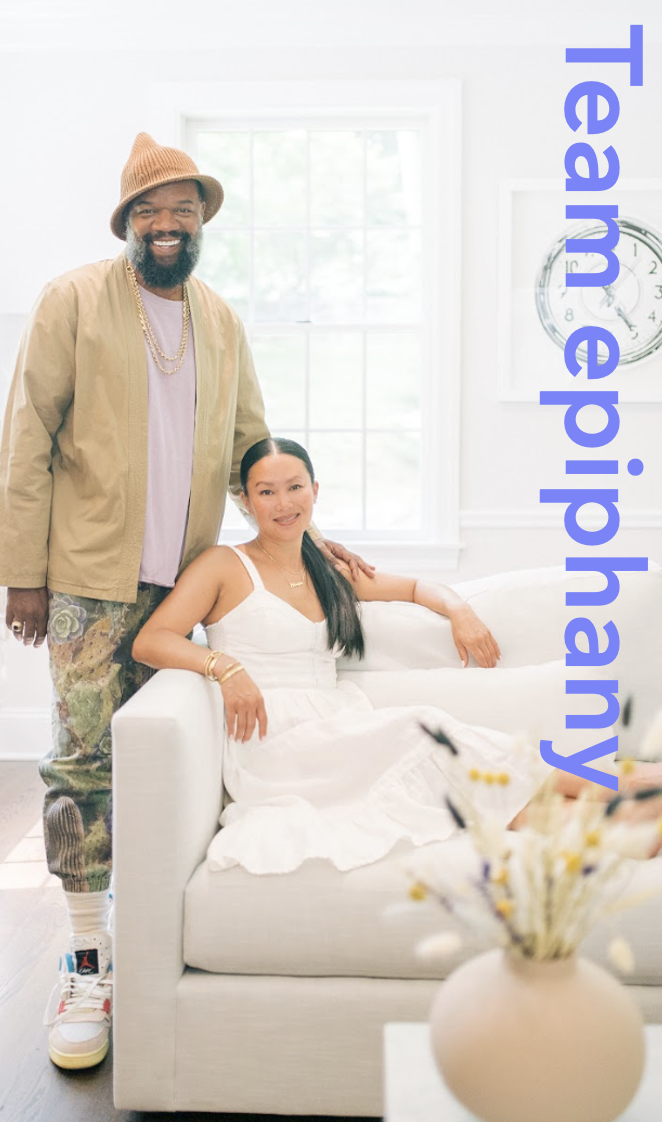 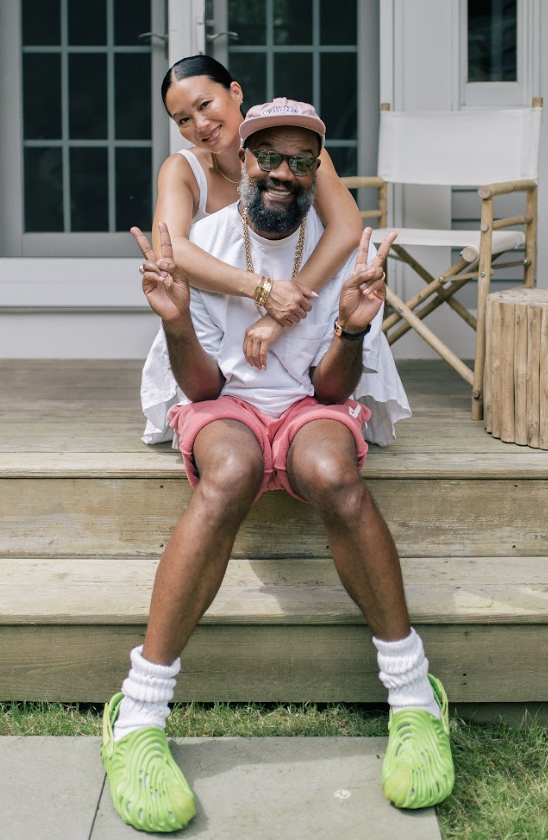 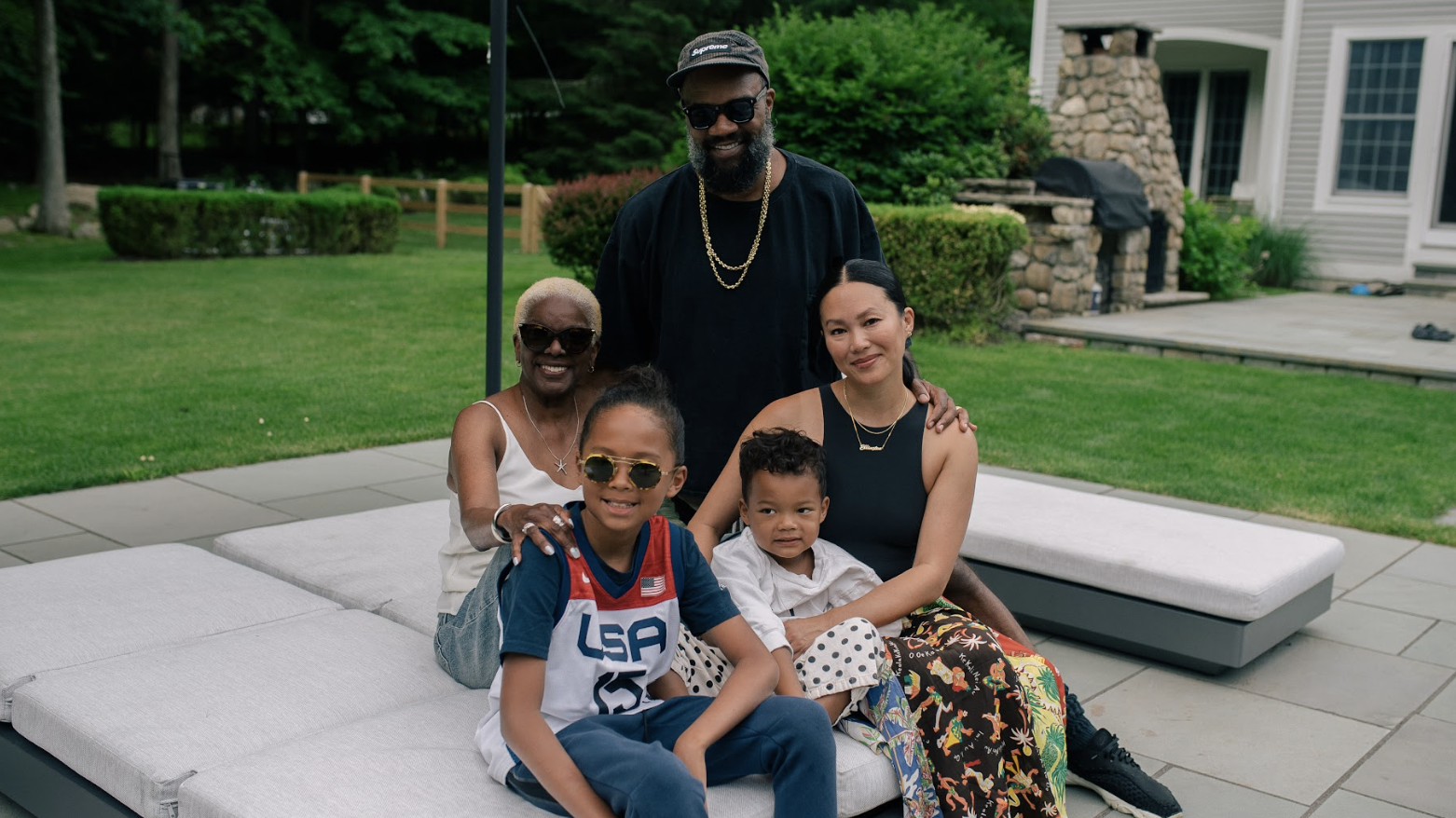 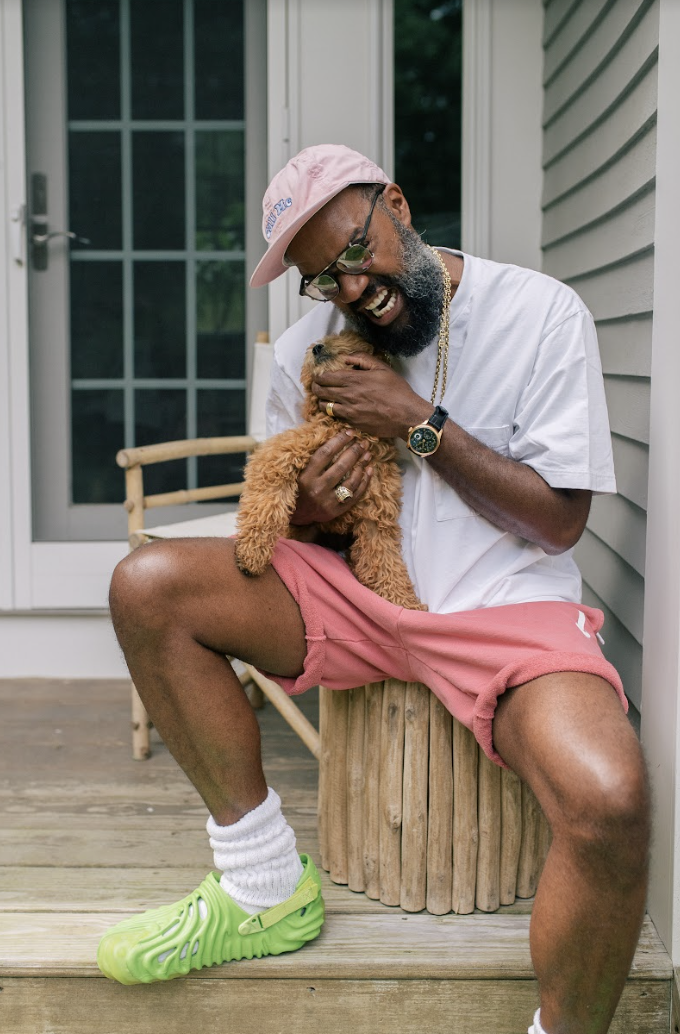 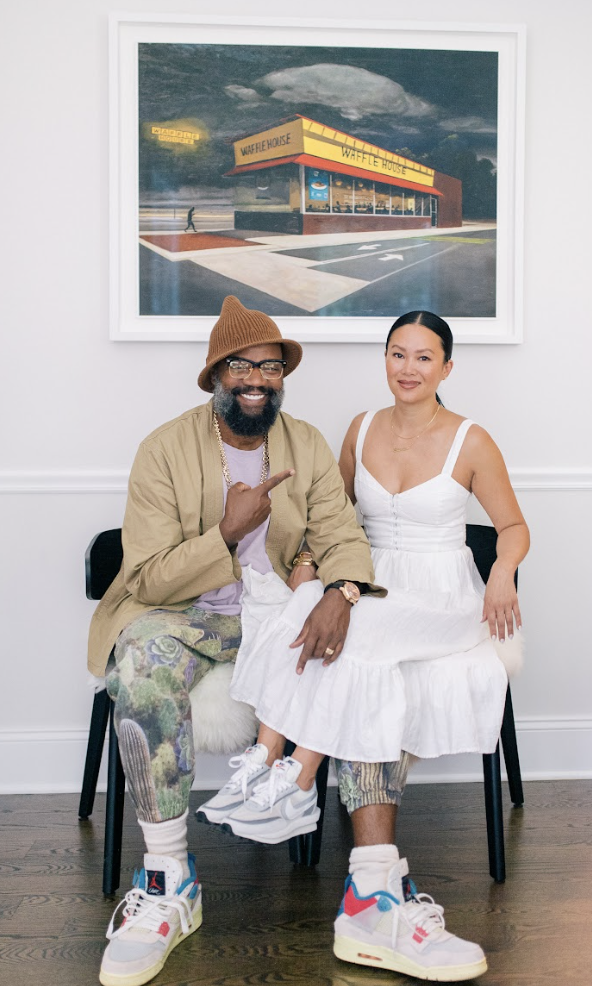 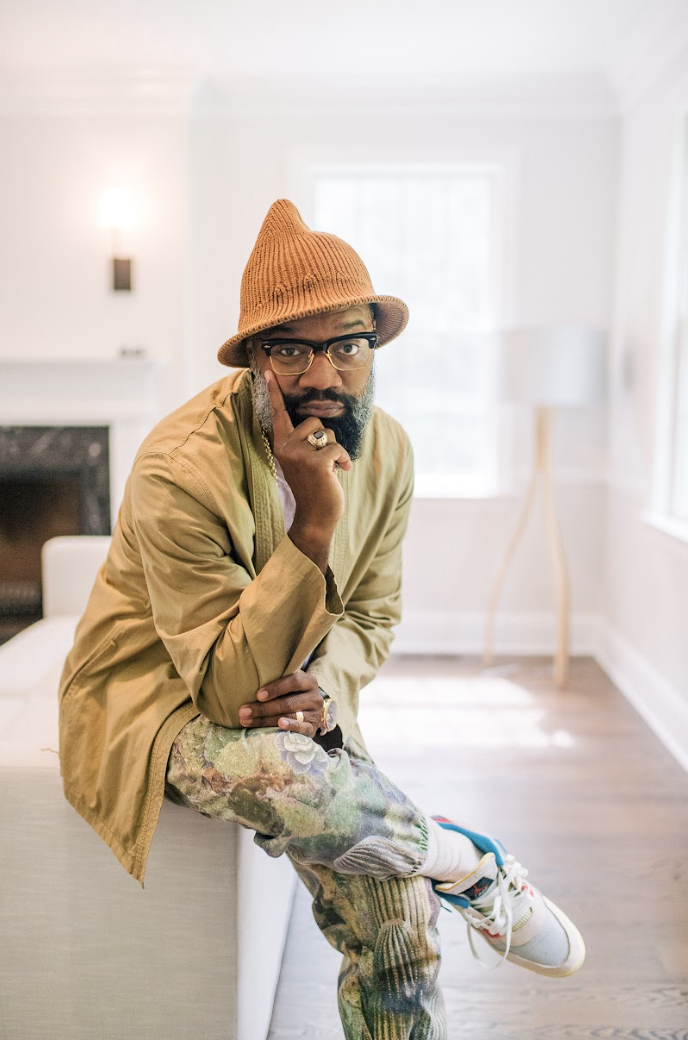 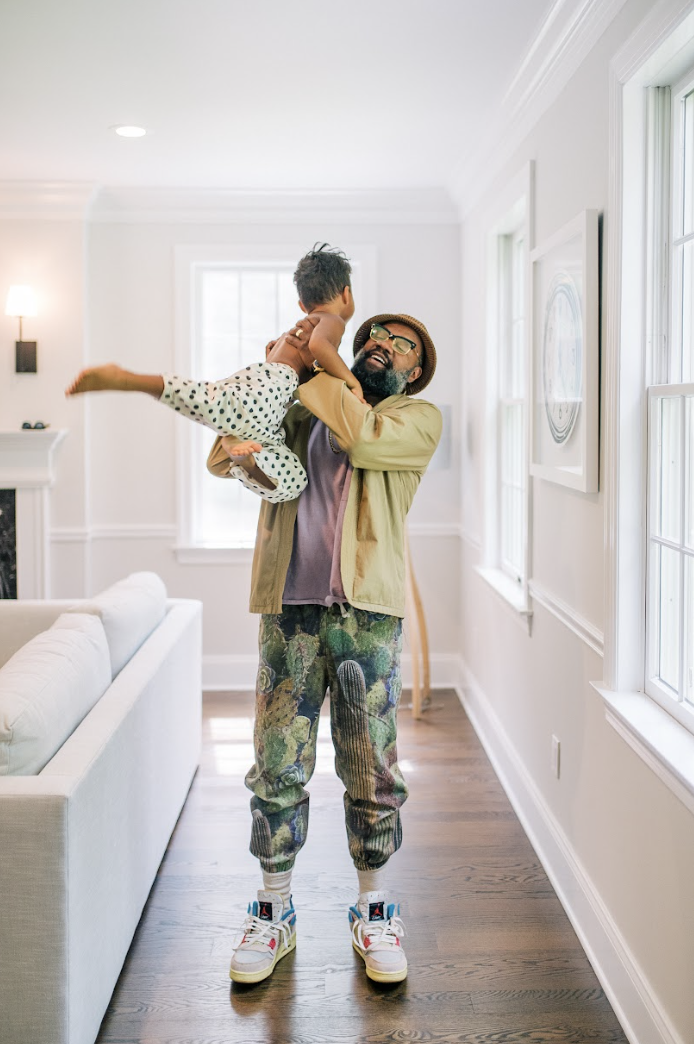 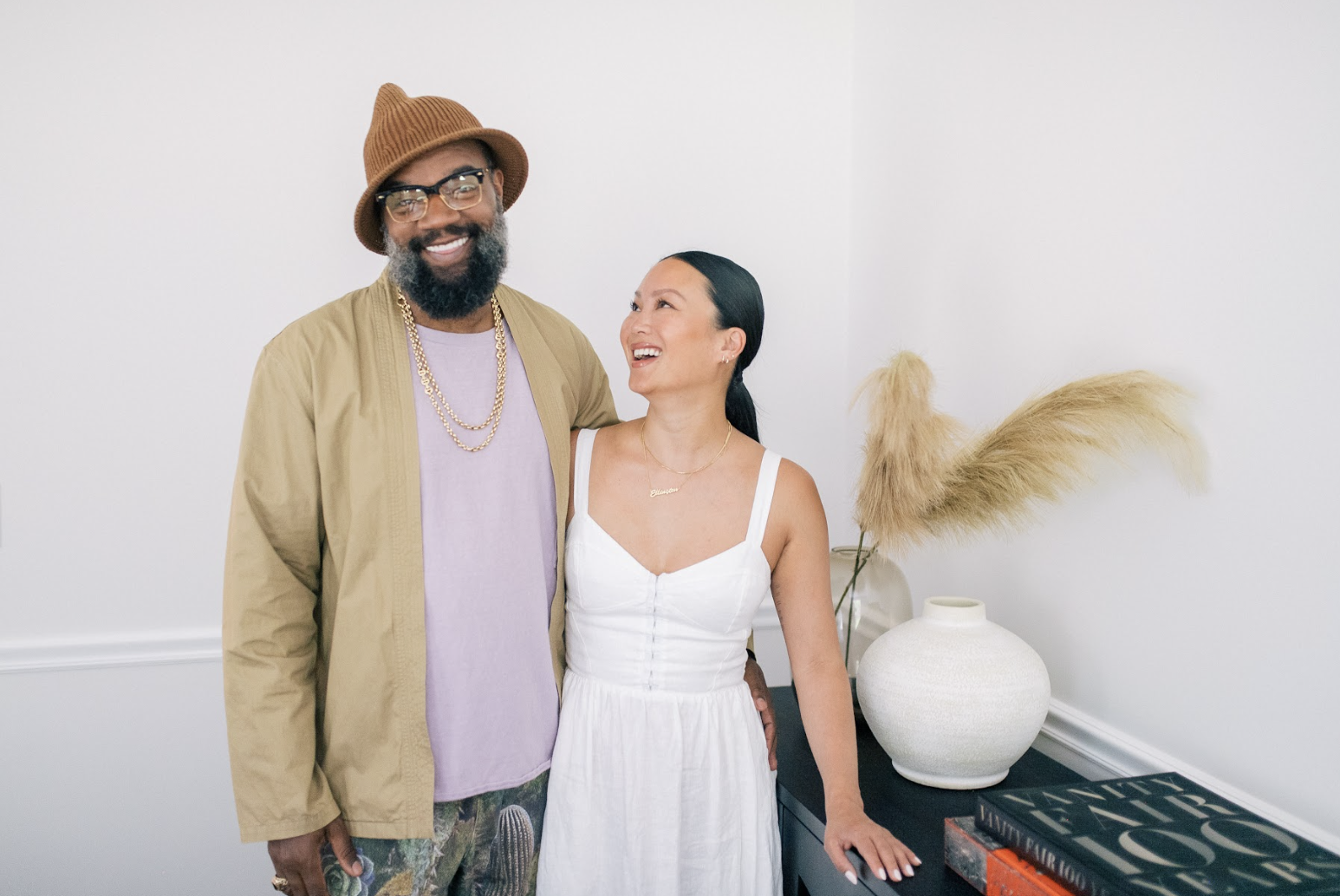 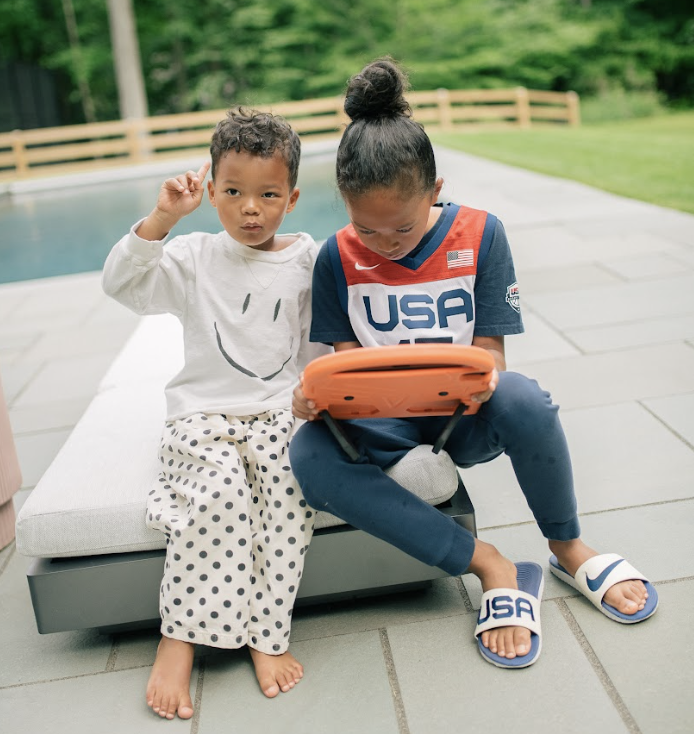 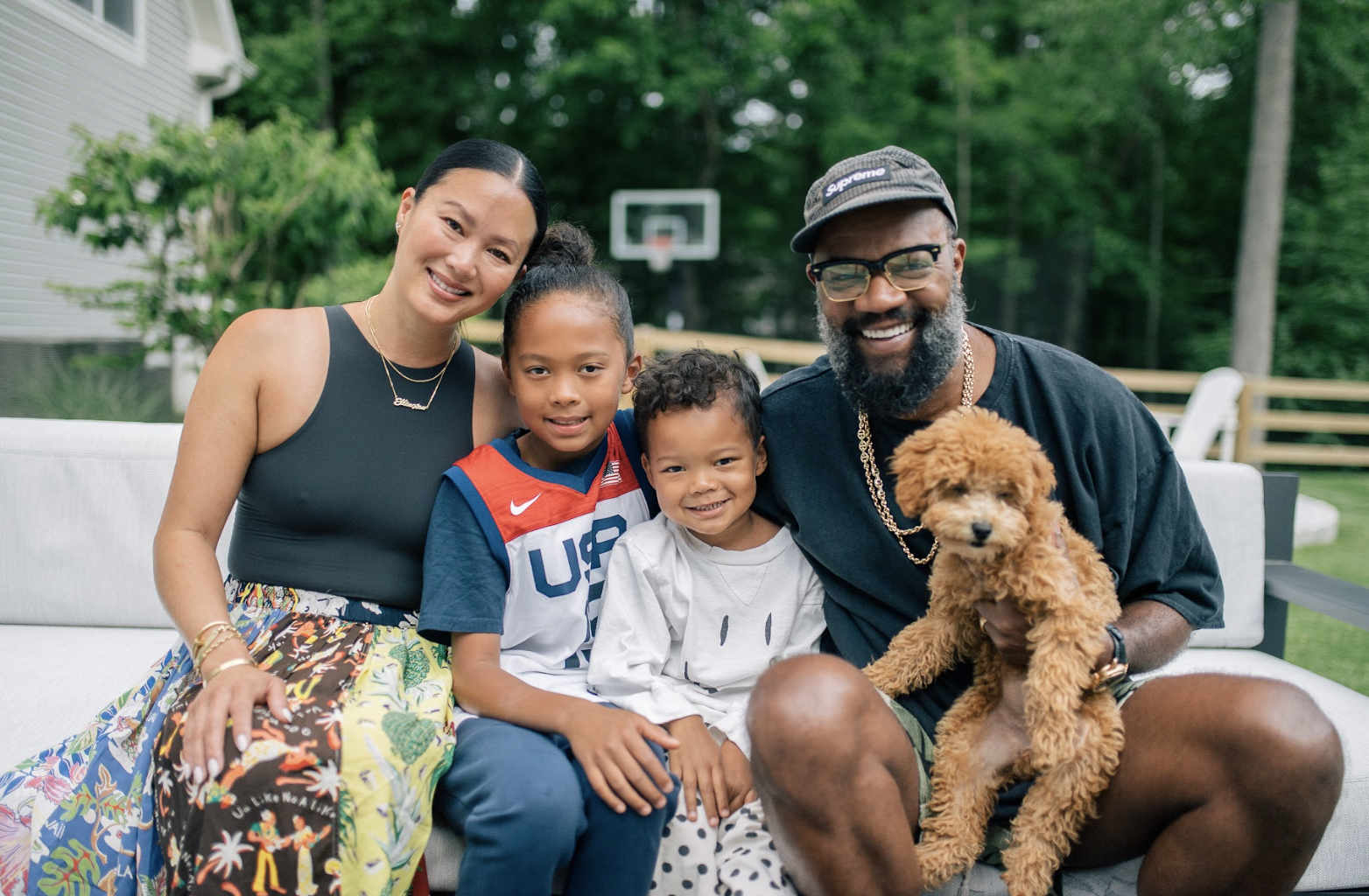