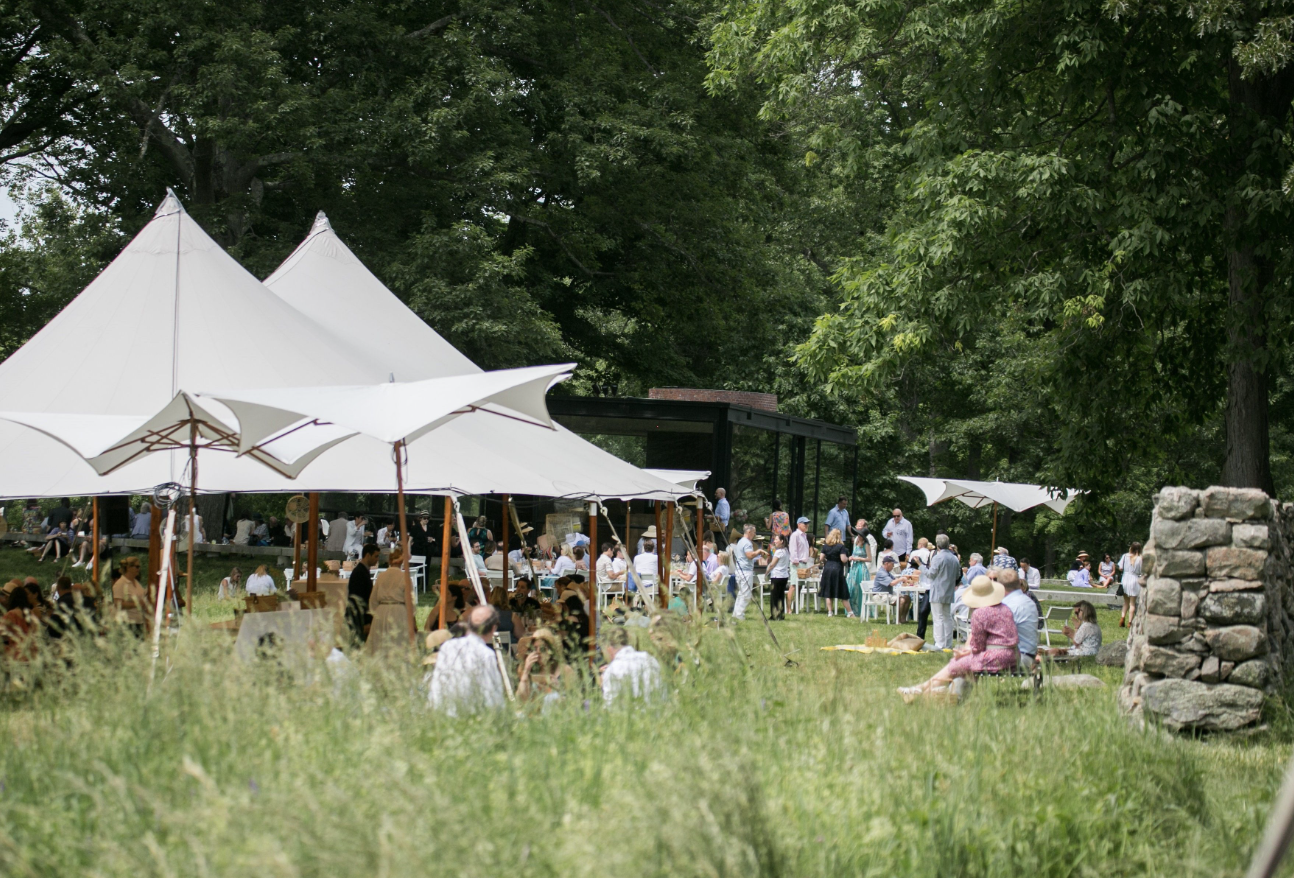 Summer Party at The Glass House

Bedford & New Canaan Magazine is excited to announce our media sponsorship of The Glass House 15th Anniversary Summer Party – which is set to be a not-to-miss event of the season. 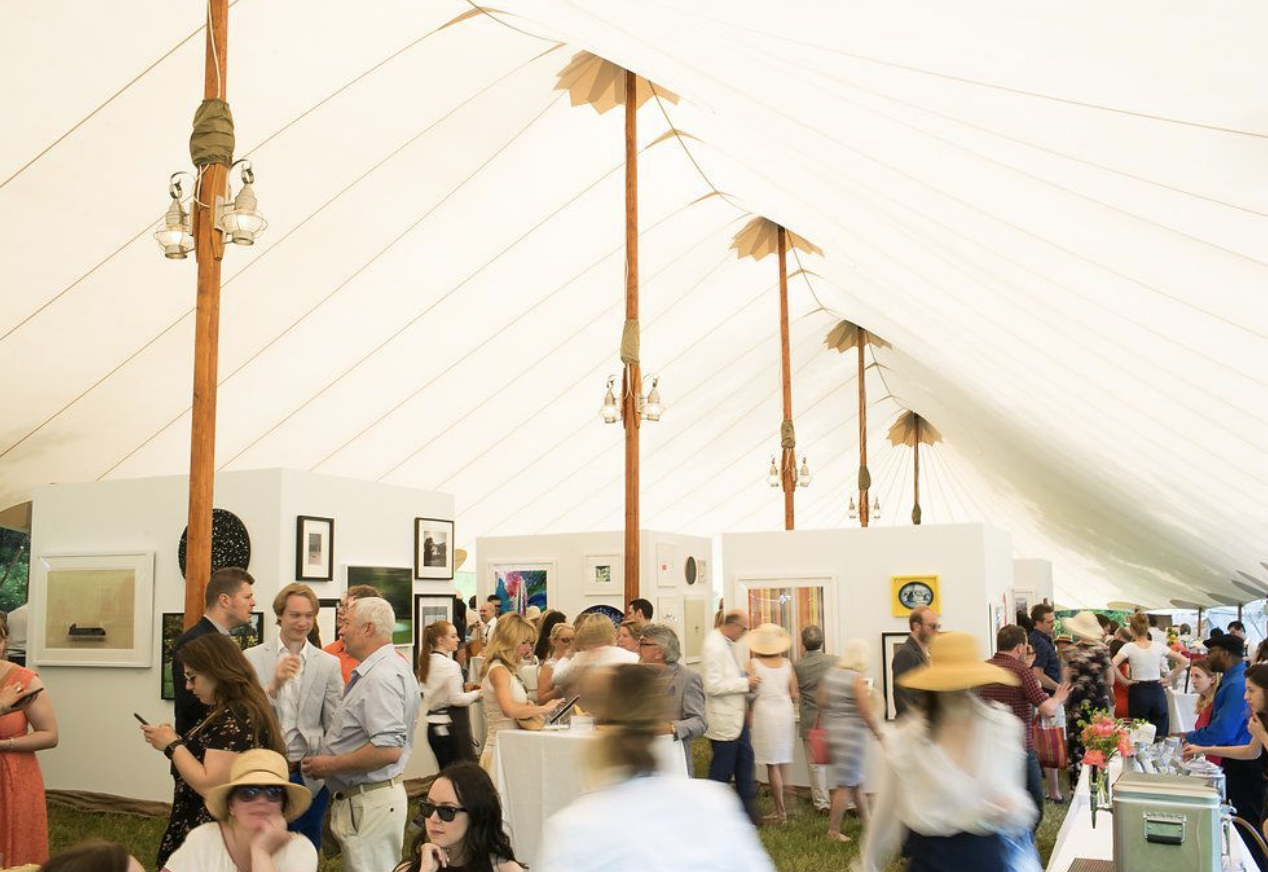 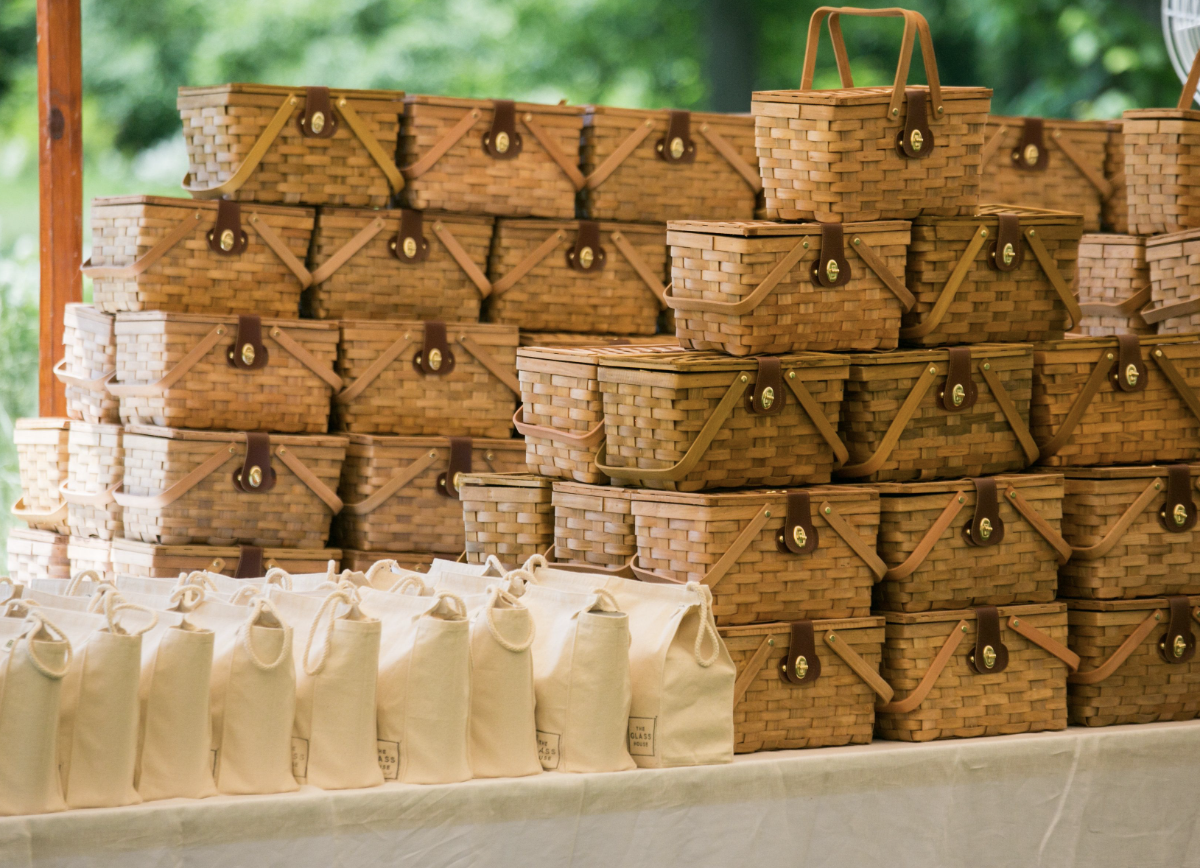 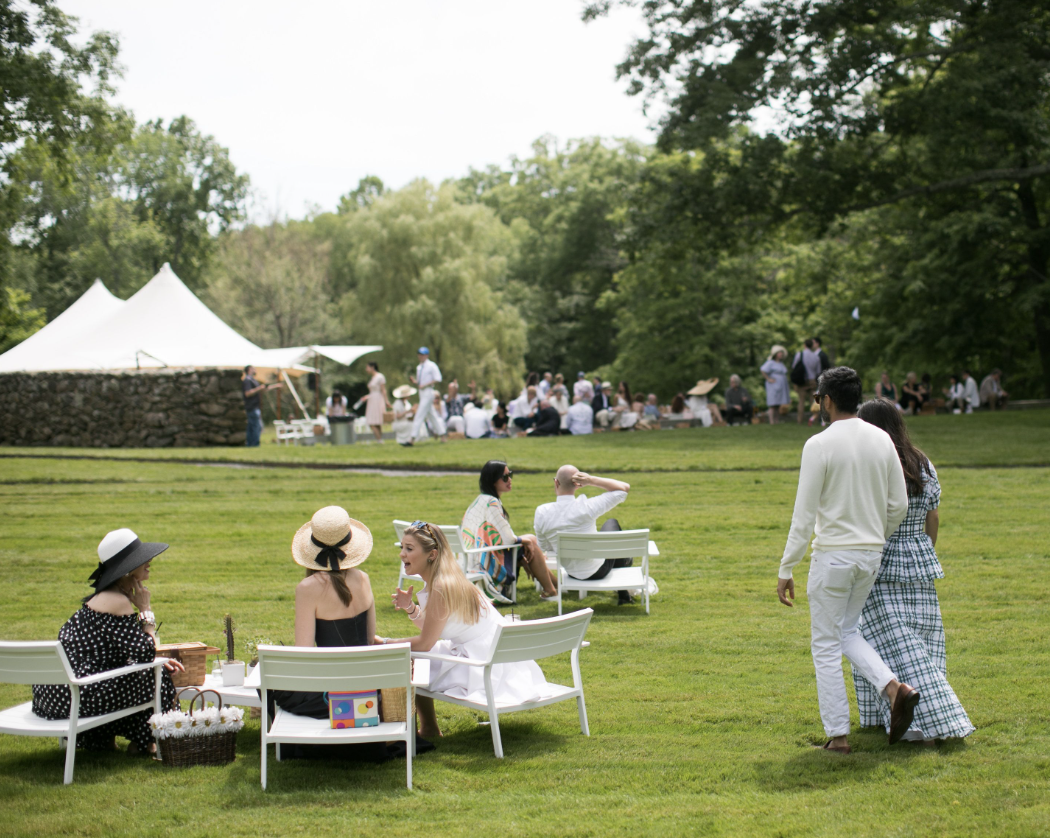 In the period immediately after World War II, New Canaan was like something out of a William Hamilton cartoon in The New Yorker – affluent, conservative, WASPy, with architectural tastes that tended toward Georgian and Second Empire Victorian. When Philip Johnson, then an emerging New York architect, heard of an available five acre parcel along Ponus Ridge Road, he walked the property, and imagined a compound of modernist buildings that could serve as his weekend refuge from New York City.

It was late 1945. Johnson probably didn’t imagine that he was about to launch a revolution that would put the five acres in New Canaan on the world architecture map. He was the exception to other highly-talented architects—heir to a substantial Cleveland fortune, he had the resources and confidence to engage in his whims and caprices. Having studied under Mies van der Rohe and Walter Gropius, he is credited with giving the modernist architectural movement its own name—the International Style. He imagined a group of buildings that would remain faithful to the minimalist aesthetics and exacting details of that style. He bought the five acre spread and slowly began adding to it, until it became 49 acres. New Canaan would never be the same.

By the time Johnson began designing the property’s centerpiece—The Glass House—two other architects of note had moved to New Canaan—Marcel Breuer and Eliot Noyes. These men would be joined by Landis Gores and John Johansen to become the iconic ‘Harvard Five’, all of them having either studied or taught at Harvard’s Graduate School of Design. 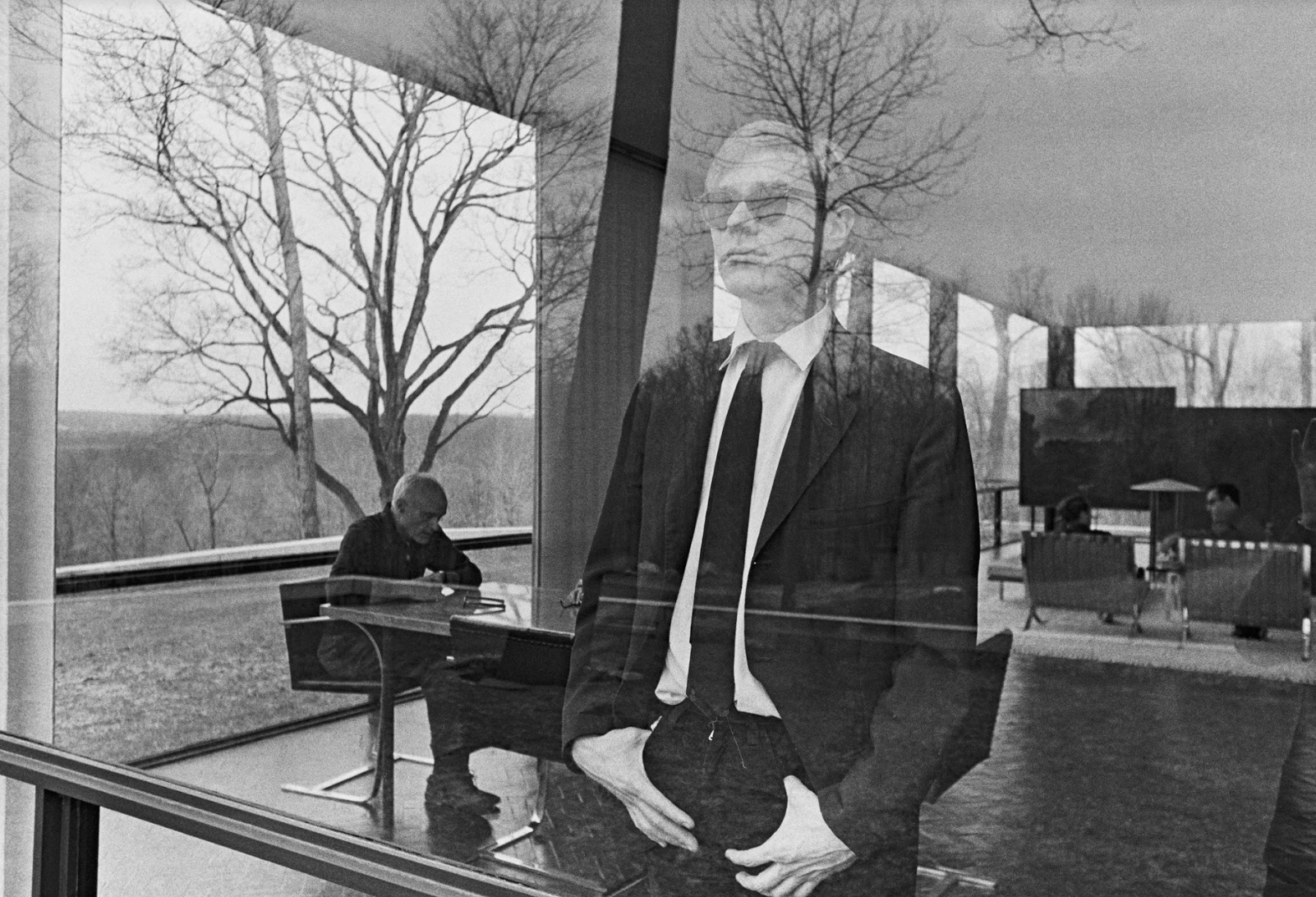 Johnson’s concept of The Glass House was that it be conceptually simple and diaphanous. He joked that the massive expanses of glass would be, from the inside, “the world’s most expensive wallpaper,” revealing the sylvan surroundings. The building meets the ground with several courses of red brick. There are no operable windows, and the building’s most striking feature is an asymmetrical brick cylinder that pierces the ceiling and accommodates the fireplace on one end and the bathroom on the other.

Completed in 1949, The Glass House was featured in the worldwide architectural press almost immediately. But not everyone in New Canaan was thrilled with the new notoriety of their gifted but eccentric neighbor.  As The New York Times reported: “Weekend crowds have been blocking traffic on Ponus Ridge . . . uninvited visitors tramp about to view [the houses] with mingled expressions of awe, wonder and indignation. They agree that nothing like it was ever seen in these parts.” 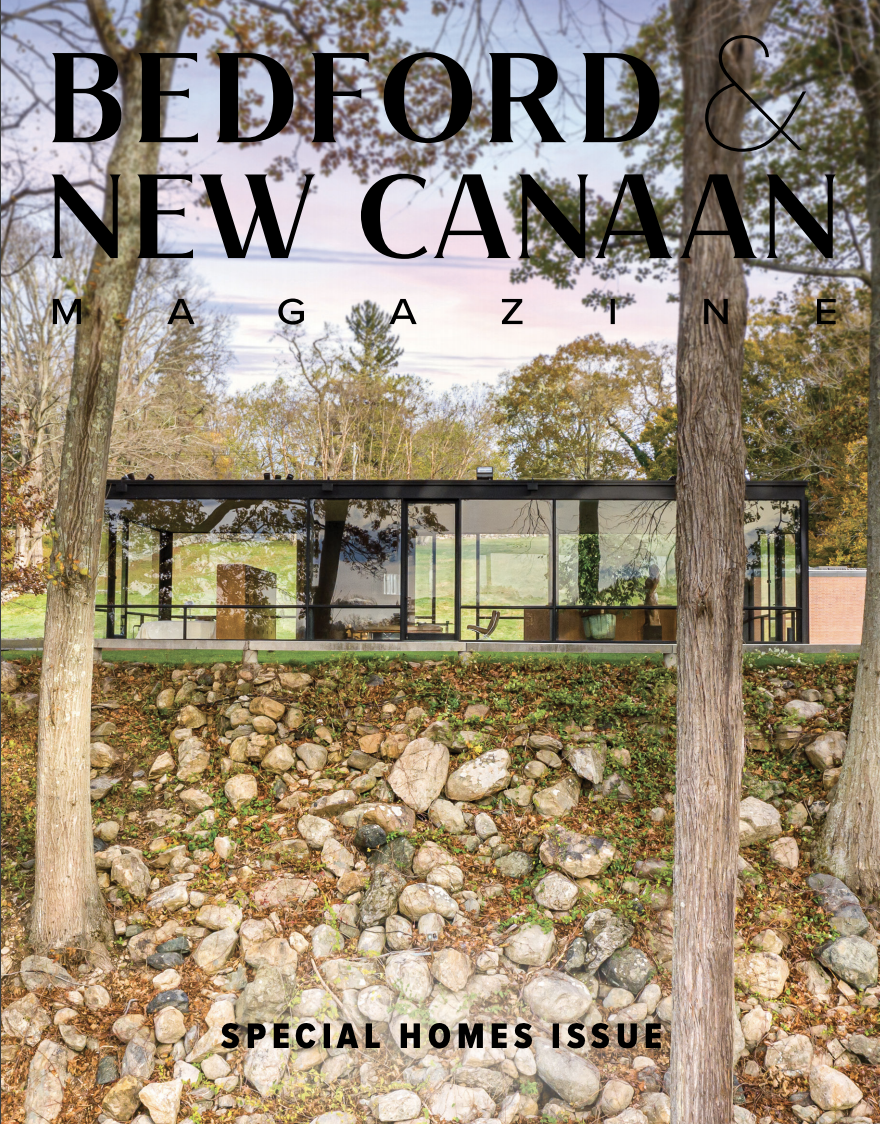 read the homes issue article on the glass house

After a two-year hiatus, The Glass House is excited to be returning to an in-person Summer Party and once again welcome guests to celebrate on site on the occasion of their 15th Anniversary since opening their doors in 2007 as a public museum.

get your tickets now
The summer party is one you won’t want to miss. There will be notable locals, adorable picnic baskets, and luxury goodie bags for attendees. Attire is summer chic (think: lots of pastels, long floral dresses, and linen). 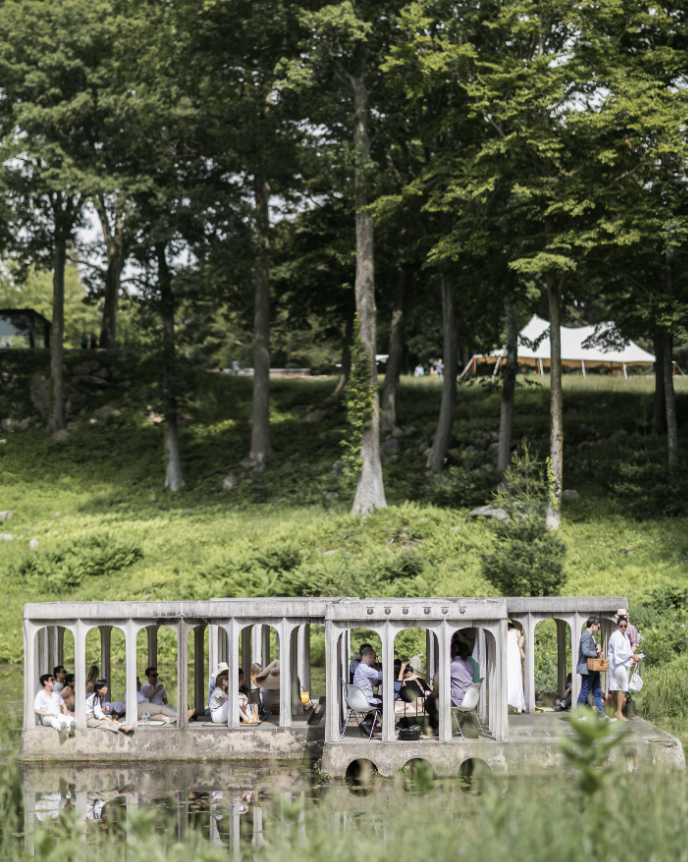 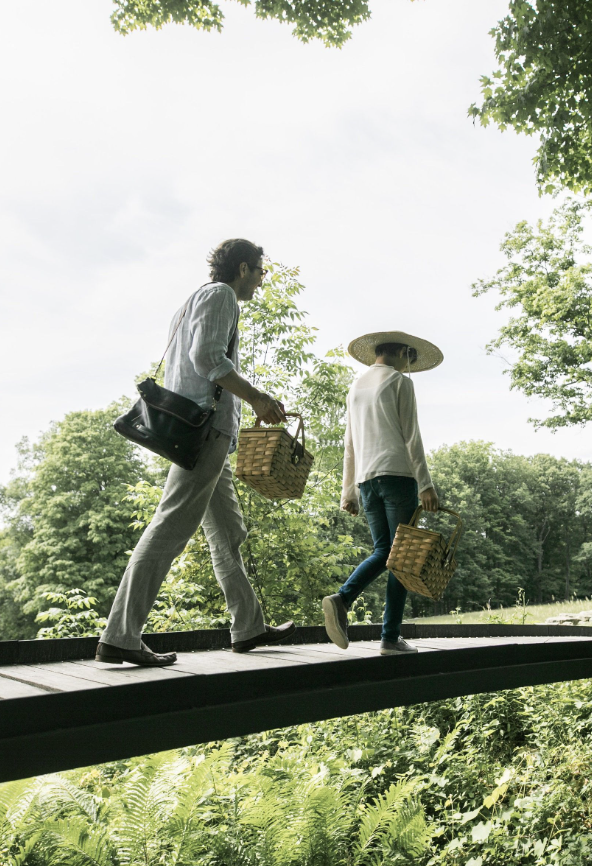 Bedford & New Canaan Magazine is proud to be the media sponsor of the summer party.
read more about the glass house
Read our article on the art at the glass house
← Previous Article Next Article →